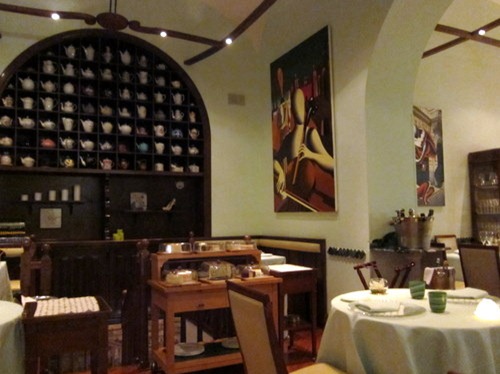 Agate e Romeo is very much a family affair – Agata Parisella is the Michelin-starred chef, Romeo Caraccio manages the front of house, one of their daughters is the pastry chef, and another works in the dining room. The restaurant is small; but decorated in an art nouveau style with romantic lighting, it made for a pleasant dining environment. 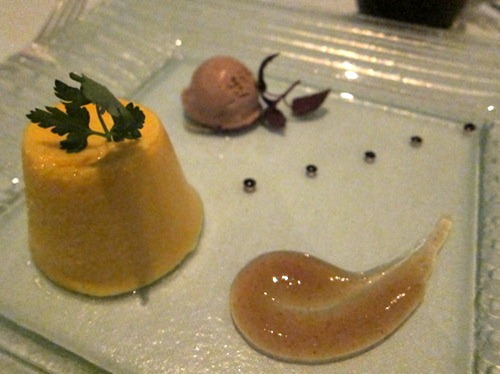 I started with an antipasti of Budino di Pecorino di Fossa di Sogliano con gelato all’ Aceto Tradizionale di Modena e fichi – Flan of aged pecorino cheese from Sogliano with balsamic vinegar ice-cream and fresh figs, which was very good. The flan had a fine texture and a lovely lightness, and was complemented well by the ice-cream. Agata definitely lived up to her reputation with this dish, putting a unique spin on traditional ingredients – clever cooking it was. 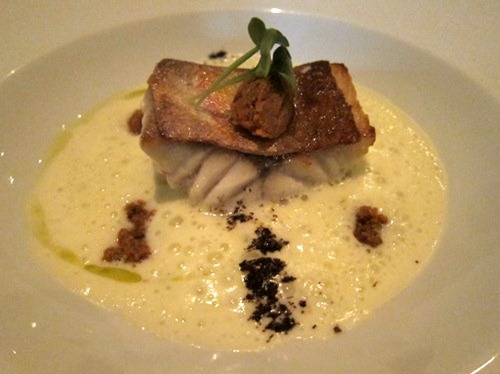 My primi piatti, Gnocchi di patate con cime di rapa e guanciale – Potatoes dumplings with turnip greens and cured fat, was less impressive – it was decent enough but there was nothing unique or special about it. My main course, meanwhile, sounded interesting but turned out to be a case of intriguing on paper, unsuccessful in reality. The sea urchin couldn’t really be tasted and the coffee powder didn’t add anything to the dish. 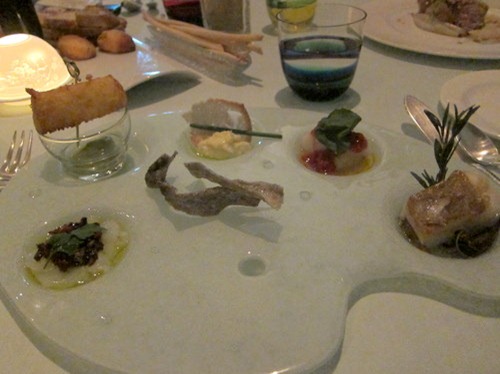 I also had a taste of the Cinque modi di cucinare il baccala – Salt cold medley in five ways, one of the specialities of the house, beautifully presented on a plate resembling a painter’s palette. This was excellent.

For dessert, I had to have the award-winning Il Millefoglie di Agata – Agata’s millefeuille. It was alright, but I failed to see how it was any better than many of the other millefeuilles I have eaten in the past, including the one I had just two days before at Quinzi & Gabrieli 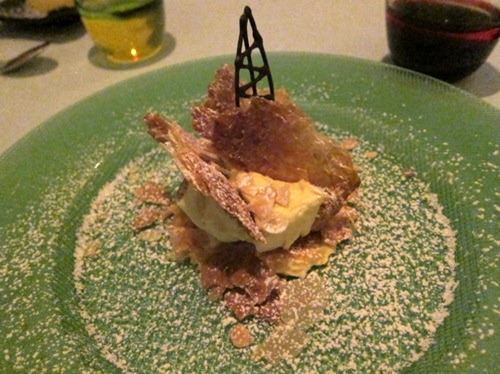 In a nutshell…
Hit-and-miss. Agata does try to impart her own spin on things, which is commendable, but the execution wasn’t always quite up to scratch. A couple of successful dishes, the cheese flan, and the salt cod medley, did point to the potential and promise of this place, however.