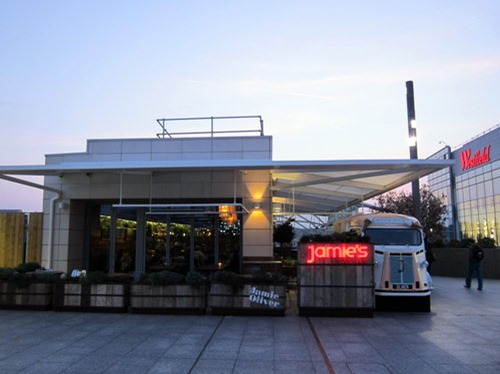 Jamie’s Italian Kitchen is a chain, a fairly big chain – 17 restaurants in the UK, 1 in Sydney and 1 in Dubai with a number more in the pipeline, owned, of course, by the celebrity chef Jamie Oliver. Its stated aim is to serve “fantastic, rustic dishes, using recipes that have been tried, tested and loved”. We visited the branch at Westfield, one of three outlets in London, early on a Sunday evening. Despite it being just after 6pm, and every other restaurant in the vicinity being nearly empty, we had to wait 40 minutes for a table – Jamie’s fame had clearly served the restaurant well. Perhaps its cooking had too, but that was still to be determined. 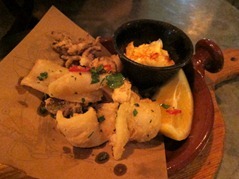 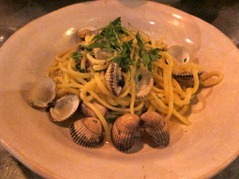 The atmosphere at the restaurant was friendly and relaxed, certainly realising the “neighbourhood” feel it sets out to achieve. We started with just one antipasti of Crispy Squid with garlic, chilli and really garlicky mayo to share, as our other choice of Smokey Mozzarella Arancini was, disappointingly, unavailable. The squid was fine. It’s a difficult dish to do badly, or really well – this version came in at slightly above average. Pastas are offered in two sizes – I opted for a small Cockles Linguine: sweet cockles steamed open with garlic, chilli and parsley tossed with linguine, butter and lemon, followed by a main of Bone in grilled lamb chops, served with creamy artichoke and mint sauce, roasted nuts, chilli and fresh mint. The pasta was overcooked, and though supposedly made fresh at the restaurant everyday, of no discernible advancement in quality over the dried variety one gets at the supermarket; the overall dish, bland. The lamb chops were a bit dry but had a nice, chargrilled taste to them. They were reasonable. 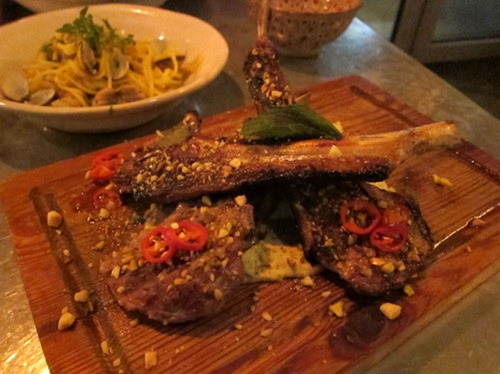 We shared two desserts - Our Special Tiramisu: Classic Italian coffee flavoured trifle with orange mascarpone and chocolate and Awesome Chocolate and Espresso Tart with glazed figs and orange crème fraîche. The tiramisu, very generously portioned, was the best dish of the night, and the only one that made any sort of impression - it had a good blend of sweetness, creaminess, moistness, lightness and coffee flavour. The use of the orange mascarpone could have done with more thought, however - the orange was perfectly fine as an additional element on the plate but the density of the mascarpone was at odds with the light, creamy smoothness of the cake. Nevertheless, a highly successful dessert. This was what I expected from Jamie's Kitchen - classics done well. Too bad it only had a hit rate of one in five. The Awesome Chocolate and Espresso Tart was decidedly not awesome - the espresso taste was overwhelmed by the chocolate, and the cake itself was dry, heavy and far too rich. A pairing with ice cream would at least have provided a contrast in temperature and texture to counterbalance the tart; instead the crème fraîche that was used only succeeded in adding to the heaviness of the dish. 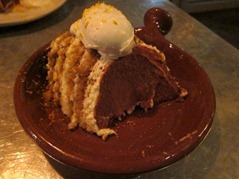 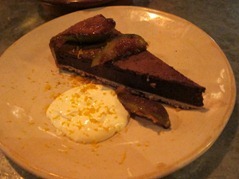 In a nutshell…
The Jamie Oliver name apart, there was nothing here to explain the restaurant's popularity. The ambience was good, prices acceptable, and service adequate but the quality of the food didn’t do much, if anything, to separate it from the other Italian chains out there.