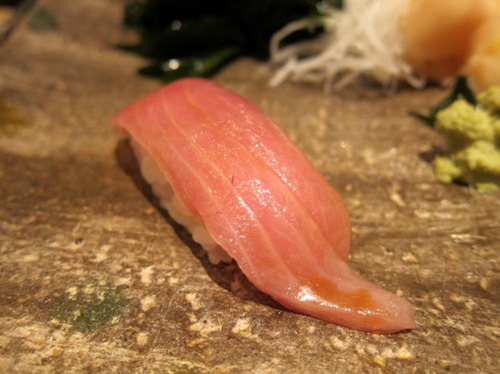 Kyubey is arguably the most prestigious and well known of all the sushi houses in Tokyo. Founded in 1936 by the father of the current owner, Yosuke Imada, it is the place where “gunkan-maki”, the wraparound style of sushi used to serve soft toppings such as sea urchin and fish roe, was invented. It has steadily expanded from its original location in Ginza, which we visited, to now seven restaurants in total, yet still manages to maintain a reputation for serving some of the finest sushi in the world. The evening we visited Kyubey always promised to be the culinary highlight of our trip, and the venerable institution did not disappoint.

The restaurant is sectioned into a number of sushi bars each seating around 10 people, allowing for an intimate experience despite the rather large 5-floor venue. We were presented with a few set menu choices, all in Japanese, and not able to read any of it, simply went for the most expensive option – no sense in skimping having travelled all the way here, and on the cusp of possibly the best sushi meal of our lives. 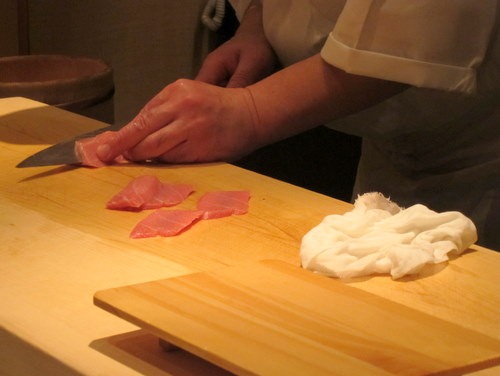 Before I start waxing lyrical, I should say that not every single dish was a success – the sea cucumber was rock hard and nearly impossible to eat. But that was, literally, my only complaint. Everything else was the highest quality, freshest version of that dish I have ever had - hardly surprising considering Kyubey’s long-standing reputation for securing the very best fish available. The tuna auctions at Tokyo’s Tsukiji Market have become famous the world over – restaurant owners go every morning to bid for the highest quality fish. In January of this year, the most expensive fish ever sold at the auction was recorded – a 342kg bluefin tuna caught off the coast of Hokkaido going for ¥32.49 million (£250,000) to none other than Kyubey (in partnership with the Itamae Sushi chain in Hong Kong). The most expensive fish of 2010 was also purchased, partly, by Kyubey, as was the most expensive tuna of 2009. It’s a common theme. 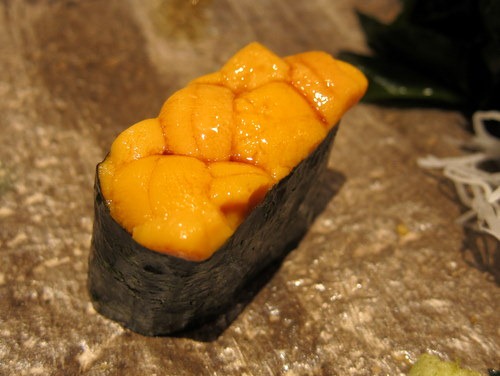 Though the tuna we had that evening didn’t come from a record-setting fish, it was still the best available, of that we could be assured. And it was simply divine. The o-toro – fatty tuna, presented first as sashimi, and later as nigiri, was so incredibly creamy, it just melted in the mouth. The uni – sea urchin served of course, as it is now across the world, in the form of Kyubey’s own “gunkan-maki”, was equally amazing. Sea urchin is probably the sushi topping most sensitive to a lack of freshness. Needless to say, Kyubey’s version did not contain the slightest hint of fishiness, and was creamier than any I have had before. 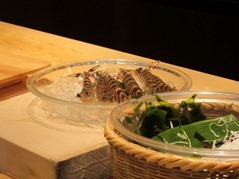 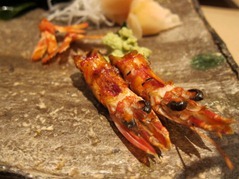 Another highlight was the odori ebi – dancing prawn, so named because it is eaten while still alive. The prawns were extraordinarily sweet and had a very unique texture, unlike anything I have ever eaten before. The heads of the prawns were then grilled until crisp enough just to pop into the mouth and eat completely. Also served grilled was the anago – sea eel, done beautifully and perfectly seasoned. Other standout items included the aori-ika – squid, aji – horse mackerel, and the striking akagai – red clam nigiri. 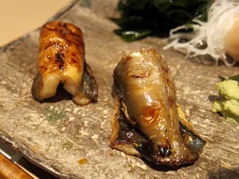 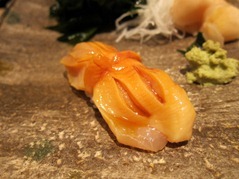 It was an absolute pleasure and privilege to watch the chefs at work. Their remarkable knife skills, and the care with each perfectly formed piece of sushi was crafted was truly a joy to behold. Midway through the meal, Imada-san himself, donning a chef’s uniform with the name “Mr Kyubey” emblazoned on the front in case anyone was to be in any doubt that he was the boss, stopped by for a brief chat, and was more than happy to indulge us with a photo, and a signed copy of a Wall Street Journal article on the restaurant. 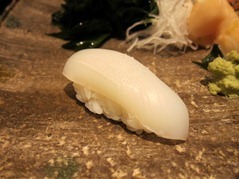 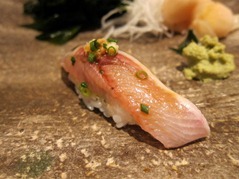 In a nutshell…
This was a special, transcendent meal that had everything – an intimate, personal experience; a wonderful sense of theatre from watching master chefs practise their craft; and most importantly, some of the best sushi anywhere on the planet.

on Tuesday, May 31, 2011
Email ThisBlogThis!Share to TwitterShare to FacebookShare to Pinterest
Labels: Japanese, Tokyo, Top-rated