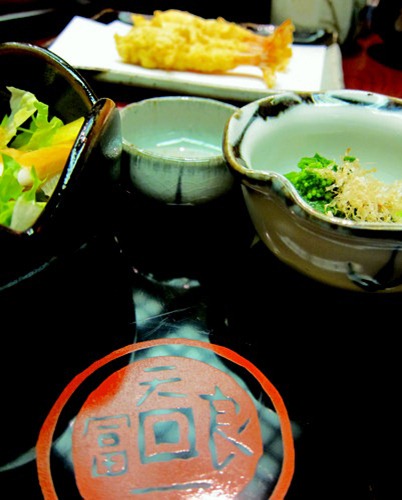 Ten-ichi is the world’s most famous tempura establishment. At last count, it boasted 14 branches in Tokyo alone. Its main shop on Namiki-dori in Ginza, which is the one we went to, has played host to visiting dignitaries and celebrities such as Kofi Annan, Jacques Chirac, Bill Clinton, Henry Kissinger, and Frank Sinatra to name but few. I had heard many first hand accounts of Ten-ichi’s other-worldly, ethereally light batter and was greatly excited to finally be able to try it for myself. 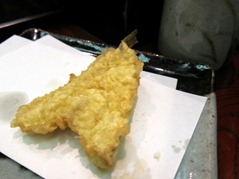 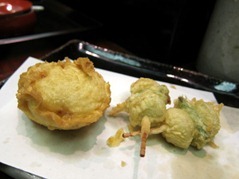 Let me start by saying that all of the raw ingredients used for our tempura, be they seafood or vegetables, were fresh and of a high quality – no complaints there whatsoever. The tempura batter, however, was a different matter altogether - heavy and soggy, it was completely the opposite of what I was expecting. It was almost as if it had been cooked sometime before being served, except it hadn’t – it was prepared right in front of us. A fresh batch of batter brought out halfway through the meal raised hope of an improvement, but only brought more disappointment. I was, and remain, completely perplexed. This place is universally acclaimed, and yet it was serving me such substandard tempura? Perhaps it was an off day. That is the only explanation I can come up with because so many people cannot all be wrong, and yet no one who ate the tempura I ate that day could possibly have rated it very highly at all. But there you have it. We had a full set-menu of a vast assortment of tempura, and even added a couple of additional items from the a la carte, so Ten-ichi had ample opportunity to serve me just one piece of tempura worthy of its name – it didn’t. 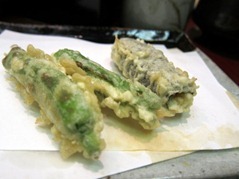 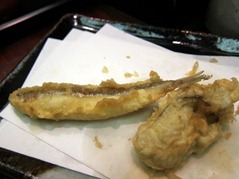 In a nutshell…
Based of this experience, it’s impossible to understand why Ten-ichi has the status that it has as the undisputed king of tempura.  This wasn’t just a let down by ‘best tempura in the world’ standards, this was average even by your ‘run-of-the-mill neighbourhood Japanese restaurant tempura’ standards. Colour me disappointed. Hugely disappointed.

on Tuesday, May 17, 2011
Email ThisBlogThis!Share to TwitterShare to FacebookShare to Pinterest
Labels: Japanese, Tokyo