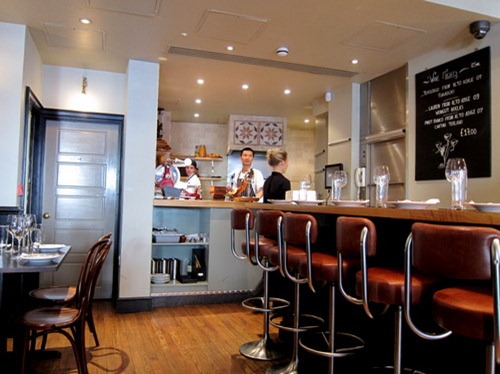 Opera Tavern, opposite the Royal Theatre, Drury Lane, is the latest venture from Simon Mullins and Sanja Morris, the husband and wife team behind highly-regarded Salt Yard and Dehesa. The pair has stuck to the tried and tested formula that has served them so well in their first two restaurants again here, offering up a similar mix of Italian charcuterie and Spanish tapas. Something seems to have been lost with the quality of the food at this third outlet, however. 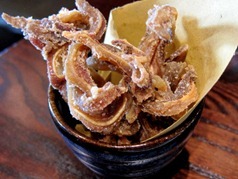 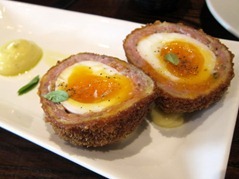 Crispy Ibérico Pigs Ears were chewy and hard and practically impossible to eat without risking chipping a tooth. Padrón Peppers, which shouldn’t be very difficult to get right, were too heavy and soggy. Italian Style Scotch Egg was a slight improvement, but still nothing to write home about. Moorish Marinated Ibérico Pork Pinchos Morunos was simply a grilled pork skewer the likes of which can be found anywhere. 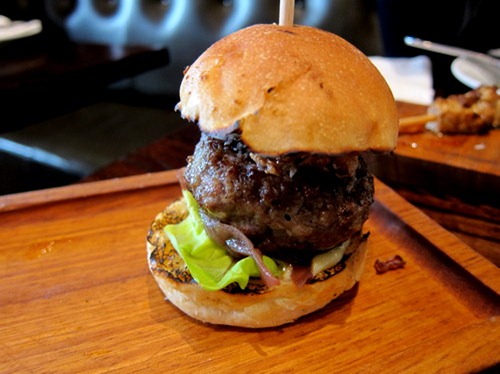 Mini Ibérico Pork and Foie Gras Burger was easily the best dish of the meal - the meat was moist and succulent, with a lovely charcoal-grilled flavour to it; the foie gras, however, was barely detectable. Chargrilled Salt Marsh Lamb with Farro, Peas, Broad Beans, Wild Garlic and Goat’s Curd was instantly forgettable, as was Roasted Monkfish with Crab and Chickpea Sauce and Crab Fritter. 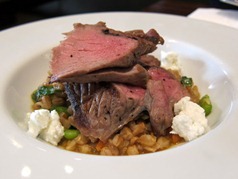 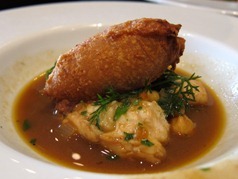 Still hungry, we added a Crispy Squid and Sea Purslane with Chilli Alioli and Chorizo with Piquillo and Marjoram. They were amongst the best of the day, simply by virtue of the fact that they’re difficult to get really wrong – precisely the reason we chose them, none of the more interesting dishes having impressed. 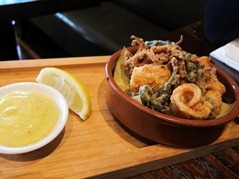 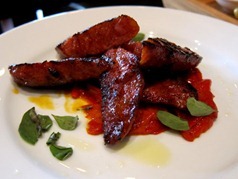 In a nutshell…
Overwhelmingly mediocre. A pale shadow of its sister Dehesa.