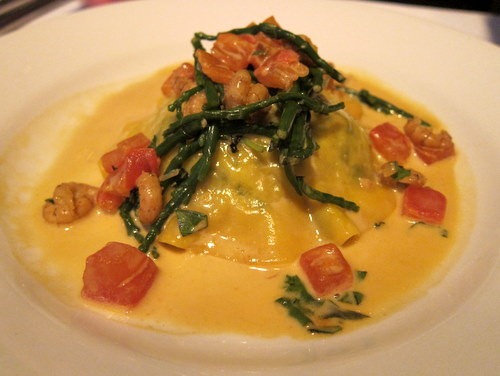 Medlar on King’s Road is barely three months old but already steady whispers have been emanating about the quality of the food being turned out by its kitchen, helmed by Joe Mercer Naire, formerly of 1 Star Chez Bruce. 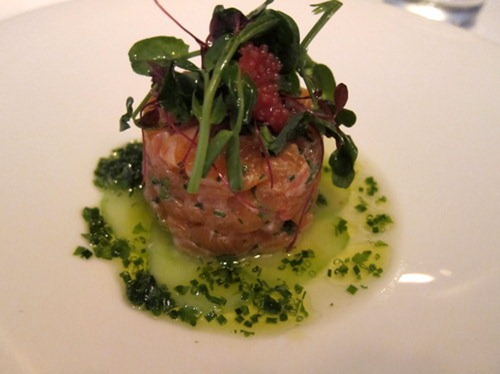 I started with Sea trout tartare with pickled cucumber, tomato consommé and tobikko which was reasonable – light, fairly appetising, and well presented. In hindsight however, I should probably have opted for the Duck egg tart with red wine sauce, turnip purée, lardons, young sorrel and sautéed duck heart, which was recommended by our waiter, as it would have featured a greater input from the kitchen, and did look sensational on the other tables. I did also try a bit of the Crab ravioli with samphire, brown shrimps, fondue of leeks and bisque sauce, however, and that was very good. 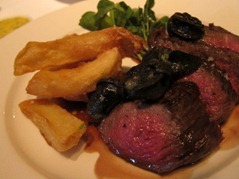 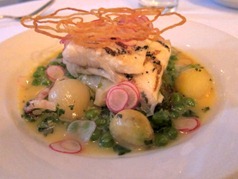 My main course of Under blade fillet with persillade snails, salad, triple cooked chips and béarnaise, advised as one of the restaurant’s signature dishes, was competently cooked and enjoyable, and I had no complaints about any of the components of the dish. It didn’t, however, jump off the plate and grab me. Much better was Halibut with petits pois a la Francaise, lardo, radish, baby gem and jersey royals which I had a taste of – the fish was perfectly cooked, and the sauce filled with lovely, subtle flavours. I didn’t try the Lamb rack and confit shoulder with balsamic peppers, sweetbreads and niçoise jus, but it was apparently also very good. 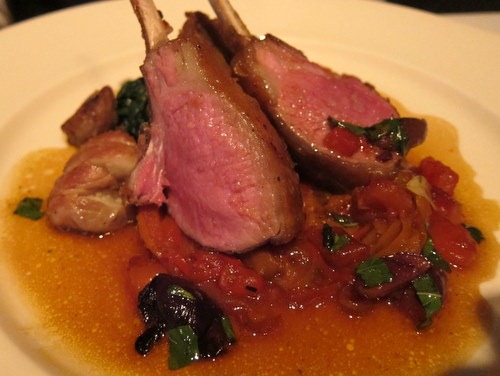 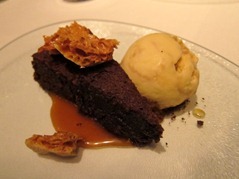 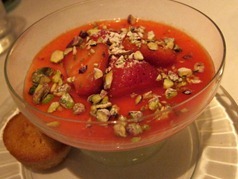 The wait between starters and main course was rather long, but that aside, service was good, dialing down the formality and striking an appropriate, relaxed vibe.

In a nutshell...
Medlar states on its website that it “hopes to become a good neighbourhood restaurant in Chelsea”. It is certainly well on its way to achieving that aspiration, and with a calibre of cooking that suggests even bigger and better things might lie in its future.