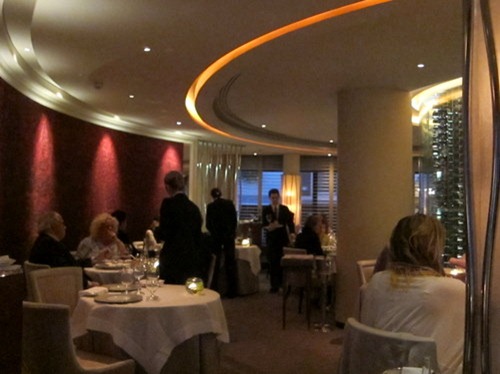 The much publicised feud between Gordon Ramsay and Marcus Wareing is old news now – the mentor and the protégé had a falling out and went their separate ways in 2008; the protégé kept the restaurant they once shared at the Berkeley Hotel, which was rebranded Marcus Wareing at The Berkeley; the mentor retained the name of the restaurant, Pétrus, which was re-used last year in a new establishment just around the corner on Kinnerton Street that is already half the way to matching the original’s 2 Michelin Stars. Despite the award of a Michelin Star in January, less than a year into operation, reviews of Pétrus have been mixed – some hailing it as a return to relevance for Gordon Ramsay after recent travails, others citing it as an embodiment of why the Ramsay empire has had such troubles of late. Time then to decide for myself. 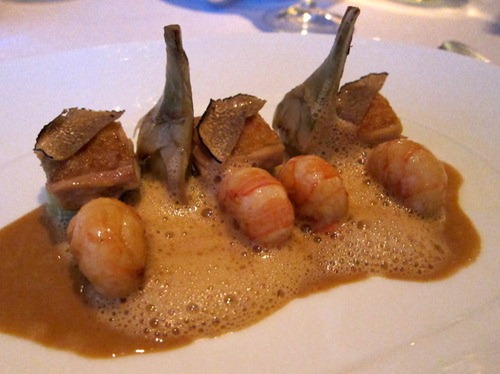 I started with Roasted langoustine tails with confit chicken leg, baby artichokes and buttered leeks. This was a well constructed, competently prepared dish - the plump langoustine tails going well with the tender confit chicken leg - complete with suitably crispy skin, artichokes, leeks, and black truffle, finished with a light lobster bisque. I couldn’t help but draw comparisons to a similar dish I had at The Square, however, a Sauté of Scottish Langoustine Tails with Parmesan Gnocchi and an Emulsion of Potato and Truffle that remains one of my favourite starters of all-time - a stunning, perfectly balanced combination of textures and flavours. The Square’s dish was superb, Pétrus’ was reasonable. 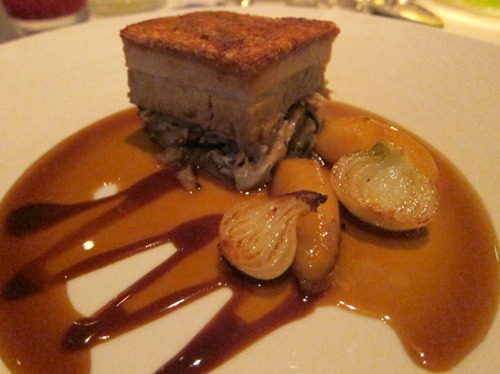 For my main, I had a Crispy Suffolk pork belly with sage Lyonnaise, braised apple and Madeira jus that was, once again, well cooked, and good, but fell some way short of greatness. And that, perhaps, is the problem with the offerings at Gordon Ramsay’s restaurants at the moment – apart from a slightly heavy hand with the salt on the gratin dauphinois that accompanied the mains, the cooking was technically faultless, but lacked any fireworks. Formulaic is a word that has been bandied about quite a lot in relation to the Ramsay group of late, and if Pétrus is anything to go by, I am very inclined to agree. There was certainly no real creativity or ingenuity in evidence this evening. 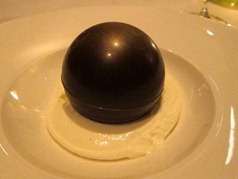 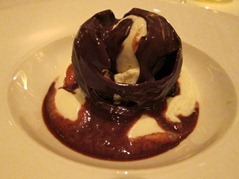 I finished with Pétrus’ signature dessert, Chocolate sphere with milk ice cream and honeycomb; the closest we came, by virtue of the presentation, to a wow factor dish on the evening, albeit one that has been done before. It was enjoyable.

In a nutshell…
A solid, technically sound, but wholly unspectacular meal that failed to genuinely excite.