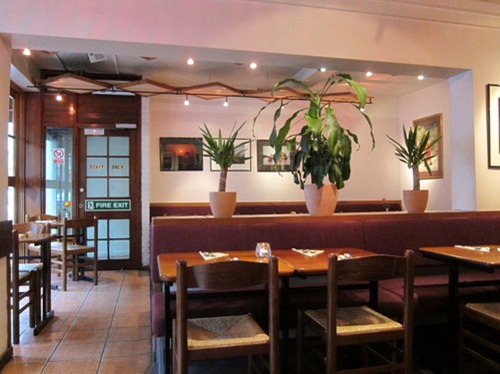 Bangkok Restaurant in South Kensington is London’s oldest Thai eatery, having first opened in 1967. Oldest does not necessarily mean best, however, and given that I’d never even heard of this place until I happened to walk pass it one day, that was very likely to be the case here. Nevertheless, I‘m always willing to give a new find a try, especially one with a ‘history’. 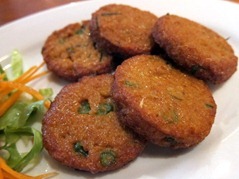 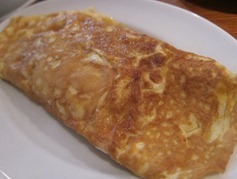 An appetiser of Thai Fish Cakes were very good – where so many versions are overly chewy, these were crisp on the outside, and soft and fluffy on the inside – they couldn’t be faulted. The other starter, Savoury Beef Omelette, on the other hand, was so bad I think even I might have done better (and that’s really saying something!) – the beef filling was too peppery, and tasted suspiciously line canned bolognese sauce. 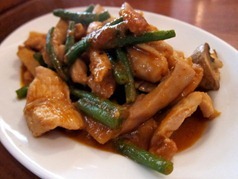 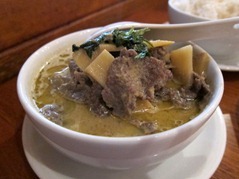 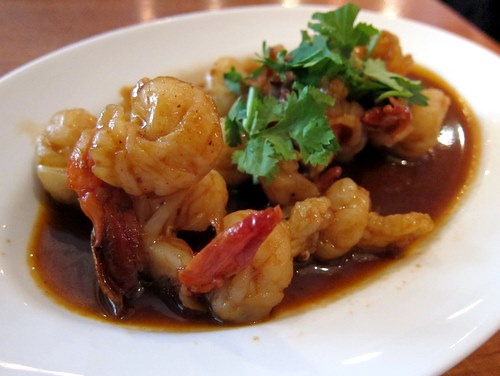 In a nutshell...
The menu is limited (they don’t even do Pad Thai, much to the disbelief of a diner at the next table) but overall, the food wasn’t too bad at all. It’s not the best Thai restaurant in London, not by a long way, but it is (a bit) above average, and certainly better than Thai Square, which has a (undeservedly well-patronised) branch just around the corner.