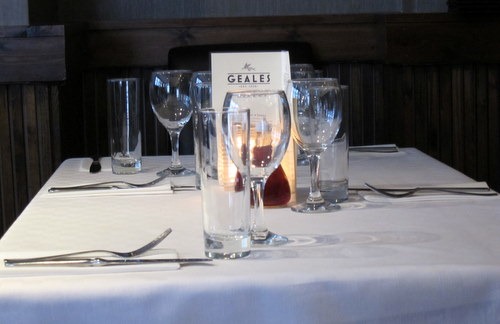 Established in 1938, this old-fashioned chippie in Notting Hill (a second restaurant has also recently been opened in Chelsea Green) underwent a significant revamp in 2007, going upmarket following some hard times and a change of ownership. Most recent reviews have branded it as good rather than great, so I didn’t approach this meal with a huge amount of expectation, especially after having been (relatively) disappointed by so many of the more highly regarded fish & chip places in town. 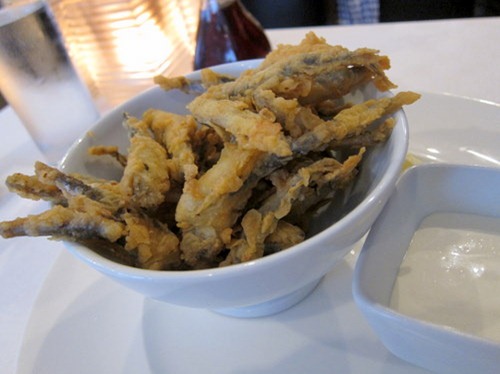 We shared two starters: Deep Fried Whitebait and Deep Fried Fresh Squid with Sour Cream and Sweet Chilli Sauce, the latter a special for the day. Both were done very well, especially the whitebait, using the right kind of (different) batter for each ingredient that allowed the quality and freshness of the fish and squid to shine through. They were so moreish we finished them almost as quickly as they arrived, despite the rather sizeable portions. 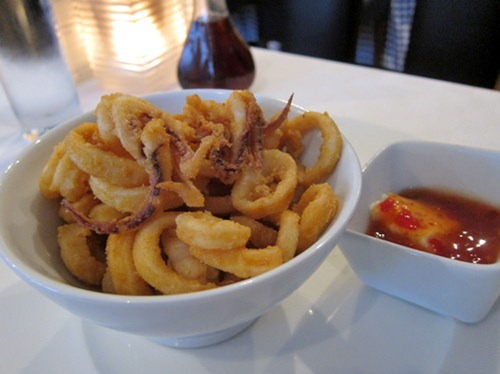 Battered Cod, at £11.75, came by itself with chips and mushy peas having to be ordered separately (£2.95 each) - definitely upmarket pricing. But when the fish is this good, you don't mind so much. This was hands down the best batter I've had in London. Crisp, light and airy, with the perfect coefficient of batter to cod and without a single drop of grease, here finally, after so many false dawns, was some properly good deep fried fish in the capital, something I had just about given up on ever finding. The only minor complaint I had was the unnecessary sprinkling of rock salt resulting in certain parts of the surface of the fish being a tad too salty, but it was only a tiny gripe. 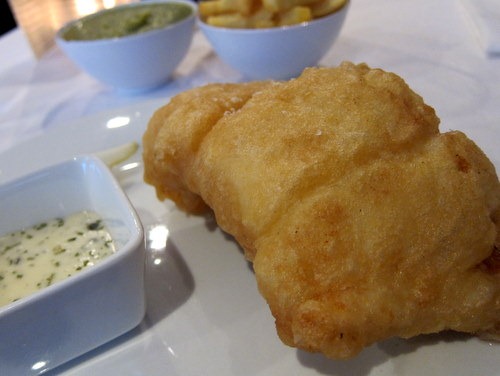 Another main of Scampi (again sans chips) was also a success - the scampi juicy and succulent, the breadcrumb batter just a touch on the heavy side, but still good. There were also a number of non deep-fried items on the menu, such as Geales Classic Fish Pie and Lobster Spaghetti, Tomato & Basil, both of which looked good on the other tables, but if you’re going to have just one thing here it really has to be the fish & chips. 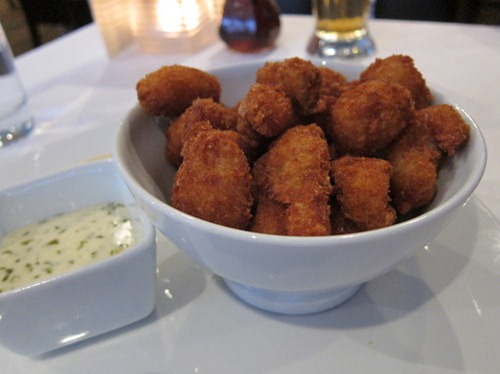 In a nutshell...
My new favourite fish & chips in London, easily surpassing fish! at Borough Market. This rating would have been even higher had it not been for chips that were just average, mushy peas and tartare sauce that were below average, and service that was haphazard, because when it came to the most important thing, the beer-battered fish, Geales wasn't just the best that I have come across in London (that is, after all, a product of the competition), it was really good by any standards.

on Wednesday, August 24, 2011
Email ThisBlogThis!Share to TwitterShare to FacebookShare to Pinterest
Labels: Fish and Chips, London