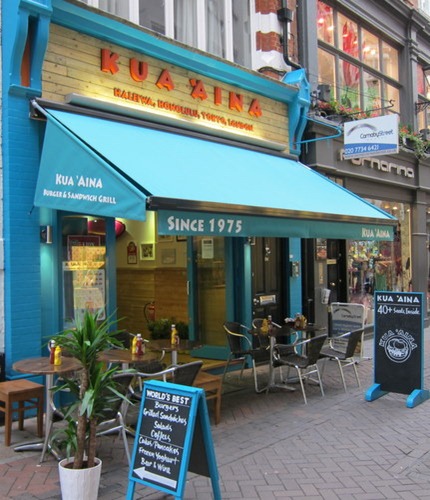 Kua ‘Aina, the famous Hawaii burger and sandwich chain favoured by President Barack Obama, and the Japanese (15 locations in Tokyo, 2 in Osaka), has now landed in London, recently opening up its first European store just off Carnaby Street.

I had the Avocado Burger, supposedly one of Kua ‘Aina’s specialities, and an order of Crunchy Fries. The burger was quite the disappointment – the meat was a bit on the dry side, and the bun, such a crucial element, was rather hard. The avocado, tomato, lettuce and grilled onion that made up the rest of the burger were fine, and the avocado was indeed the best part, but on the whole it was just a very average burger. For me, the gold standard for burgers in London is Byron (not including ‘upmarket’ burgers at the likes of Hawksmoor, Goodman and Bar Boulud), and Kua ‘Aina was simply not good enough in comparison. The fries were okay, but again inferior to Byron, and Burger King for that matter. And I certainly couldn’t see anything particularly crunchy about them. 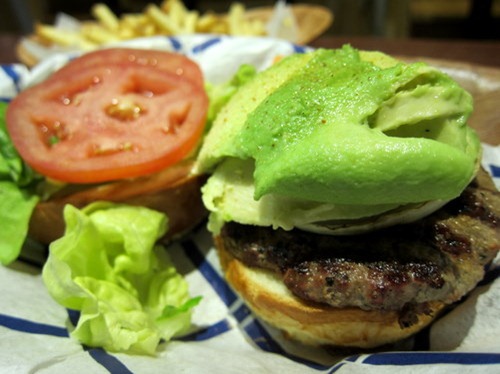 In a nutshell...
Pales in comparison to the better burgers out there (Byron, GBK to name but two). I can see it perhaps as an alternative option when one fancies more exotic accompaniments such as pineapple, avocado or ortega chili in their burgers for a change, or for Kua ‘Aina’s uncommon sandwich fillings such as mahi mahi or ahi tuna, but that’s about it.