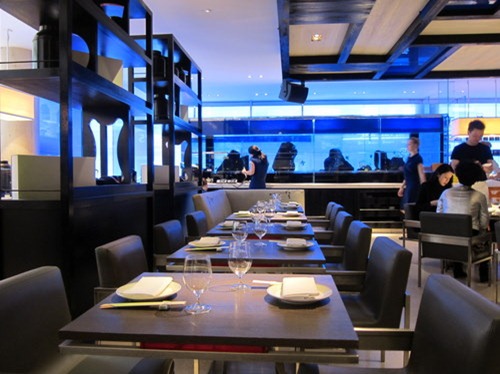 I don’t think it’s an exaggeration to say that Yauatcha revolutionised the way dim sum was thought of in this country when it first opened in 2004, taking it out of its long-time domain in functional Chinatown restaurants into an ultra-cool Christian Liagre-designed space on Broadwick Street, and turning it into an all-day affair. Where Yauatcha led, others soon followed, with the debut a year later of another all-day dim sum venue - the horrible, deplorable, yet now global, Ping Pong chain which loathe it, as I patently do, must still be credited with making this genre of food more accessible to the masses. The difference between the two, however, is that whilst Ping Pong served substandard, barely recognisable dim sum, Yauatcha's offerings were some of the best in the capital (and a personal favourite), doing traditional items well and supplementing these with a number of new, more creative dumplings that were no less successful. It was rewarded with a Michelin Star in 2005, which it still holds, and an entry at number 43 on the World's Top 50 Restaurants list in the same year.

Alan Yau, the man behind Yauatcha (not to mention Hakkasan, Sake no Hana, Princi, Cha Cha Moon and the Wagamama and Busaba Eathai chains) sold a majority stake in the restaurant, and Hakkasan, in January 2008 for a cool $60 million to Tasameem, a property arm of the Abu Dhabi Investment Authority, and noises have since been emanating of a drop in standards, despite the retention of its Michelin Star. But on my last visit some 18 months ago, the food was still of a reasonably high quality, and with London suffering from a dearth of truly outstanding dim sum places, a return was long overdue.

Modelled after a Taiwanese tea house, Yauatcha is set over two floors – the basement is a, dark, mysterious, hip space very similar to the setting at Hakkasan; the street level room an altogether brighter proposition illuminated by swathes of daylight. I always opt for a table at street level – I’ve never been to Yauatcha in the evening (call me old-fashioned but I don’t think I will ever come round to the idea of a dim sum meal for dinner), and sunlight is always preferable to broody mood lighting at lunchtime. 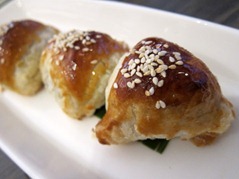 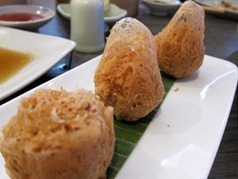 On this occasion, Yauatcha did not get off to the best of starts, and sad to say, only went downhill from there. Arriving promptly at 12 noon, the time of our booking, I was rather unimpressed that, despite having made our reservation for 7 people two weeks in advance, we still had to wait around for a good 5 minutes as they set a table up for us. Things did not improve when the food started to arrive either. 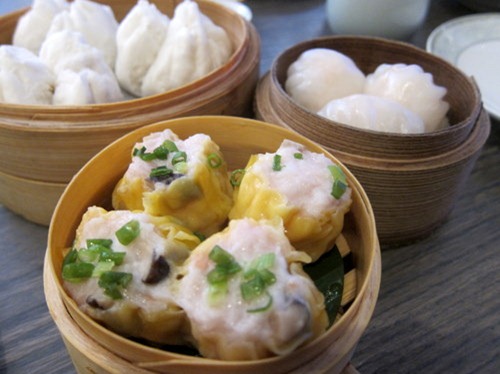 Venison puff, a twist on the regular char sui puff, and a Yauatcha staple was overly peppery with a pastry that was a bit too buttery. Har gau had a fresh, juicy prawn, but a wrapper that was too thick, an issue as well with the King crab Shanghai siew long bun, which also suffered from insufficient soup in the dumplings, and a lack of flavour in whatever little soup there was. Prawn cheung fun had a rubbery texture. Char sui bun and Chicken feet in chilli black bean sauce were okay, but not great; Pork and prawn shui mai was below even that standard. The only properly decent dish was the Chicken and prawn taro croquette. The two experimental dishes we tried didn’t work either - Rice paper prawn and mango roll was not crisp enough, and didn’t have sufficient taste of mango; Roasted duck pumpkin puff was a cute presentation, but never took off as a combination. 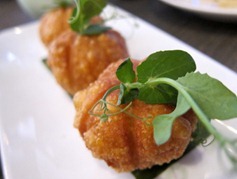 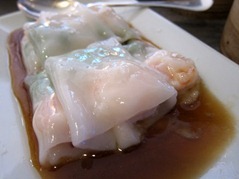 Service has never been Yauatcha’s strongest point, but it has deteriorated to the point where it is now abrupt, and even rude in parts. And seriously, would it kill them to smile once in a while?! 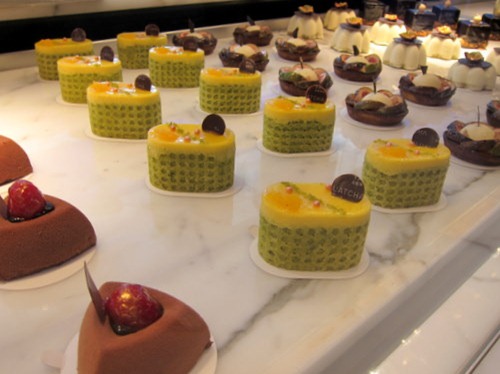 We skipped dessert but I should mention that Yauatcha serves a selection of Franco-Asian patisseries (also available to take-away) that looked great. 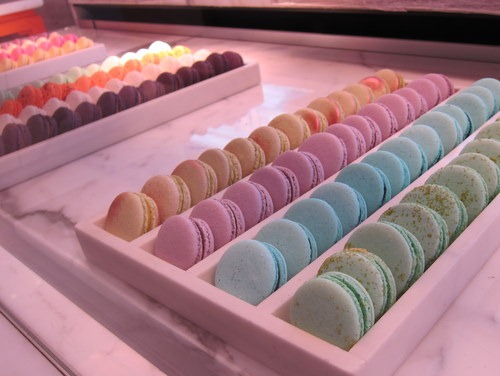 In a nutshell…
If the full house on this day and the continued possession of that Michelin Star is anything to go by Yauatcha remains as popular as ever, but there has definitely been a decline in the quality of the overall experience here, both in terms of food, and service. It will be quite a while before I return, if I ever do.