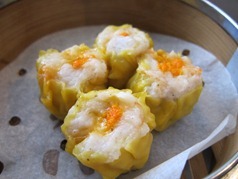 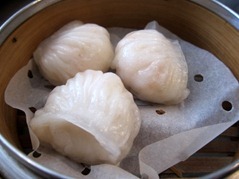 Dragon Palace in Earls Court has been around since the late 1970s. I walk past it all the time, got one non-descript takeaway meal from there many years ago, and have, really, never given it more than a second’s thought. It was to my great surprise, then, to discover a number of glowing reviews about the dim sum offerings here, some even calling it one of the best in London. I am always on the lookout for quality dim sum places, especially given the lack of any genuinely good ones in the capital (Pearl Liang is probably the best, by default, but no longer upholds the excellent standards it attained upon first opening; upmarket Yauatcha was hugely disappointing on last visit; Royal China remains reliable, but unspectacular; other popular venues such as Phoenix Palace and Princess Garden are just alright). Surely the answer to my search hadn’t been on my doorstep all this while? 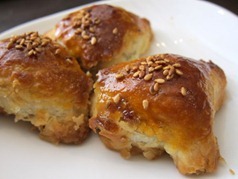 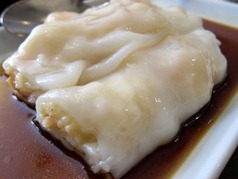 Dragon Palace got off on a positive note - Char Siu Sow – Honey Roasted Pork Puffs had a good, flaky pastry and a decent filling. Meanwhile, Har Cheung – Prawn Cheung Fun was not too thick, as so many versions often are, and had a lovely, smooth texture but was spoilt by prawns that were too small, and lacking in freshness. Ha Gau – Prawn Dumplings suffered from the same problem – decent wrappers but disappointing prawns. Siu Mai – Minced Pork & Prawn Dumplings was a bit on the salty side. 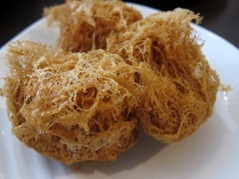 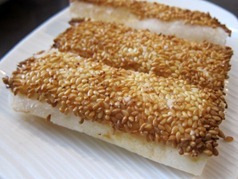 Wu Gok – Yam Croquettes had an exterior that was far too hard – they are supposed to crumble nicely in the mouth, not require a hammer to crack – okay I exaggerate a little, but you get my drift. War Tip – Shanghai Dumplings and Zi Ma Zhi Bau Har - Paper Prawns were both bad, with fillings that were stingy, dry, of a low quality (prawns again not very fresh), and didn’t taste of much. And the exteriors were poor too, especially the rubbery War Tip. 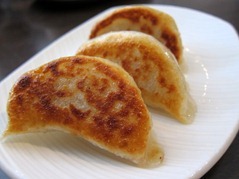 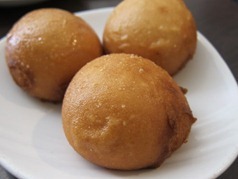 Nai Wong Bau – Custard Cream Buns could have done with more, and a sweeter, filling.

In a nutshell...
As Dragon Palace’s website rightly points out, it is the only restaurant in the area that serves dim sum. And it’s reasonable enough to be an acceptable option if you’re in the area, craving dim sum, and not willing to make the journey to relatively nearby Bayswater. But I certainly wouldn’t advocate travelling any length of time to seek it out – there is much better dim sum available elsewhere in town.