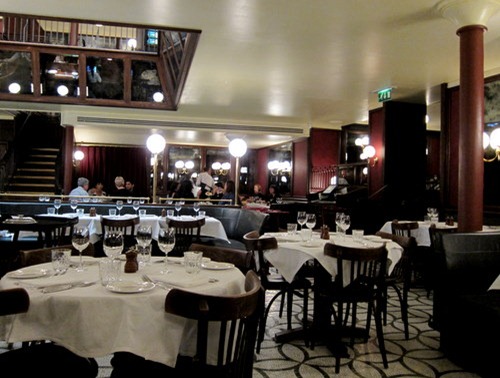 Will Smith and Anthony Demetre, the duo behind Michelin starred Arbutus and Wild Honey are back at it again, with Les Deux Salons, a Parisian-style brasserie near Covent Garden. Similarities in terms of décor with Bistrot Galvin de Luxe are instantly obvious, but whilst Galvin feels luxurious and welcoming, LDS is more dull, dour and tired, belying the restaurant’s relative youth (less than a year in operation). Yeah, I wasn’t particularly fond of the setting. Thankfully, the food did not follow the same theme. 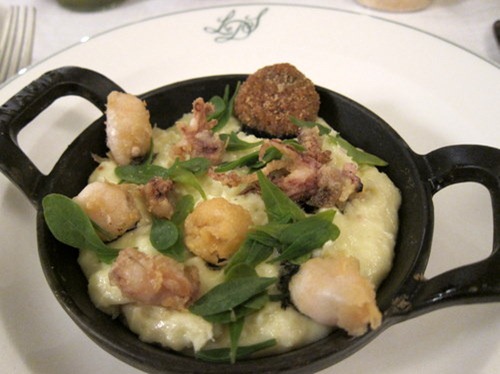 My starter of Warm salt cod brandade, sauté of young squid, parsley cromesqui was reasonable, the salt cod tasty and, crucially, not overpowering, but even better was a simple but high-quality Hand-chopped Scottish beef tartare. Best of all the entrées we ordered, however, was the Herefordshire snail & bacon pie which had a lovely pastry dome and a robust, flavourful filling. 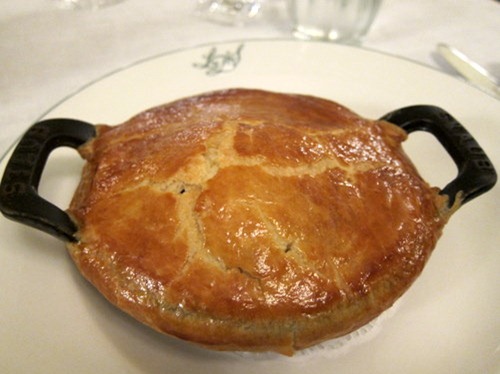 My main, Crisp duck, lacquered with honey, sweet spice, spring vegetables & herbs, was competently cooked, with the clear sauce ensuring it didn’t feel too heavy. Young chicken with lemon & garlic from the Spanish-made “Josper” Charcoal Grill was good too, with a nice chargrilled taste to it, and an appetising, sweet and sour sauce. Slow cooked belly of pork ‘Petit Salé’, was well-cooked and just as you would expect - a homey, hearty dish with meltingly tender meat. Sides were mixed - Gratin Dauphinois was fine, French fries were generally too crunchy, with some even bordering on hard. 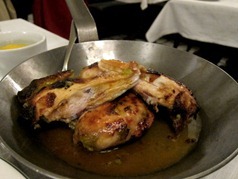 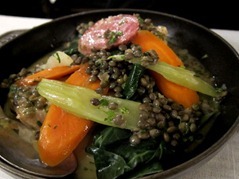 For dessert, Crème Brûlée was an above average rendition with a pleasingly smooth custard base. Iced peanut butter parfait, roast banana was also very enjoyable, but could have done with a stronger peanut butter flavour. The star of the entire show, not just the desserts, was an absolutely beautiful Glazed lemon tart, crème Chantilly, with a titillating tangy favour and an exquisite gooey texture. 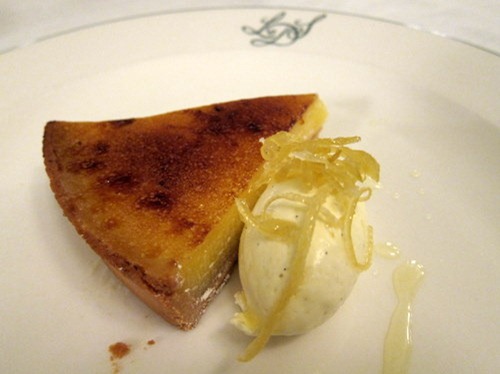 In a nutshell…
The temptation is to compare Les Deux Salons to Bistrot Galvin de Luxe but the manner of cooking at the two places is actually markedly different – LDS’s is traditional, old-style, rustic French fare, whereas Galvin’s is a more refined mode, a little bit closer to haute cuisine. For its type of food, Les Deux Salons is certainly one of the best in London.