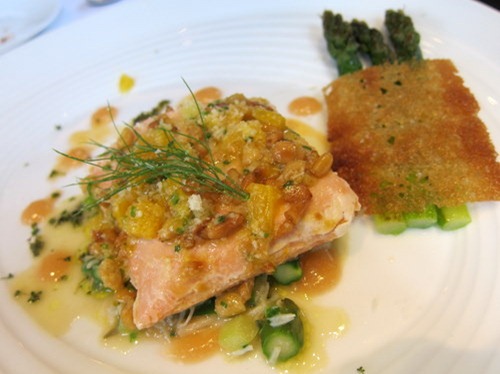 The Ledbury has long been one of my favourite restaurants in London, and I was delighted to see it presented with a thoroughly deserved second Michelin Star last year, and make a debut at no. 34 on the San Pellegrino World’s 50 Best Restaurants list this year, despite my many reservations about the credibility of said list. This was my first visit in almost a year, and thankfully, nothing has changed – The Ledbury remains as good as ever. 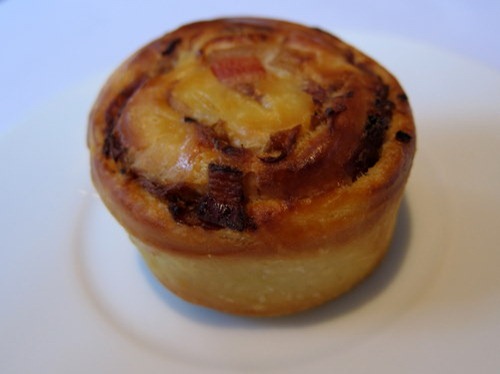 First off, I am very pleased to report that The Ledbury’s Bacon and Onion Brioche, possibly the most famous of all the breads served at all the restaurants in London, continues to live up to its reputation – light, fluffy, and simply delectable, I would have been more than happy to just have a dozen of them for dinner. As it was, I had three to whet the appetite. 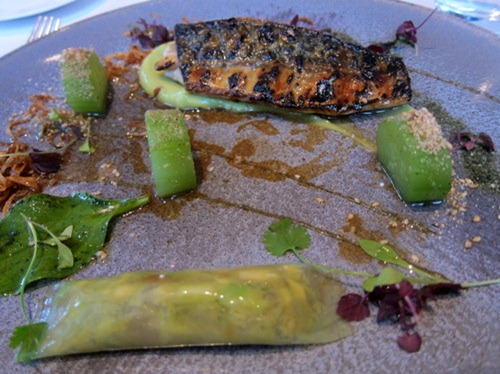 My starter of Flame Grilled Mackerel with Avocado, Celtic Mustard and Shiso was perfectly composed, with each component complimenting the next. Another starter, Ceviche of Hand Dived Scallops with Seaweed and Herb Oil, Kohlrabi and Frozen Horseradish was refreshing and appetising. But best of all was the Crisp Chicken Wings with White Asparagus, Stuffed Morels and Arbois, with the beautiful asparagus and the exceptional stuffed morels especially noteworthy. 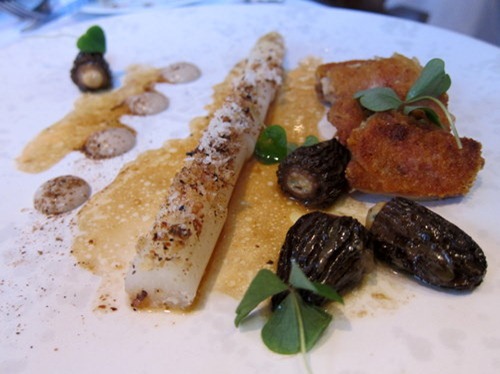 My main course, Loin and Shoulder of Lamb with an Aubergine Glazed with Black Sugar and Garlic, Green Tomato Juice and Dried Olives was another resounding success. The lamb was done just right, with the aubergine providing the ideal counterbalance to the meat both in terms of sweetness, and texture – it was spectacular; one of the best lamb dishes I have ever had - and I order lamb all the time. 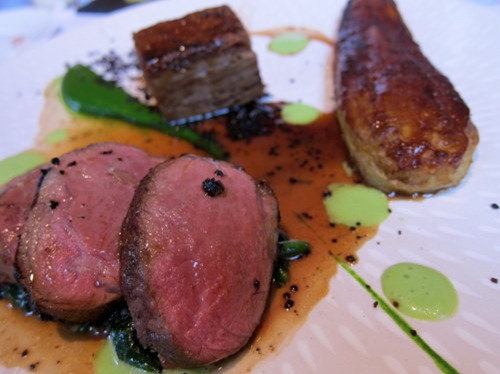 Another main course of Wild Salmon Poached in Brown Butter with Blood Orange, Crab and Asparagus on Toast was also superb, and almost at the level of my outstanding lamb, which is saying something. That The Ledbury was able to make a salmon dish, so often some of the most unexciting, unmemorable, safe options on a menu standout this much was testament again to the level of talent in the kitchen. Crisp Pressed Suckling Pig with a Pork Cheek Cooked in Pedro Ximénez, Carrots, Toasted Grains and Dried Chicory also could not be faulted. 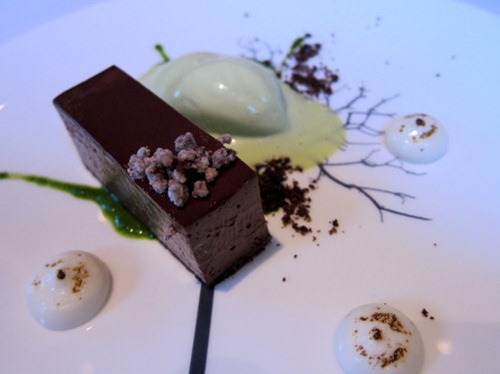 All three desserts we sampled demonstrated a refined, delicate touch, with complimentary elements that just worked - which is a great deal more rare, even amongst Michelin starred restaurants, than you would expect. My Pavé of Chocolate with Milk Purée and Lovage Ice Cream was rich yet not too dense or heavy; Caramelised Banana Galette with Salted Caramel, Passion Fruit and Peanut Oil Parfait was a lovely combination; but the pick of the desserts was the exquisite Brown Sugar Tart with Grapes and Stem Ginger Ice Cream - it was stunning. 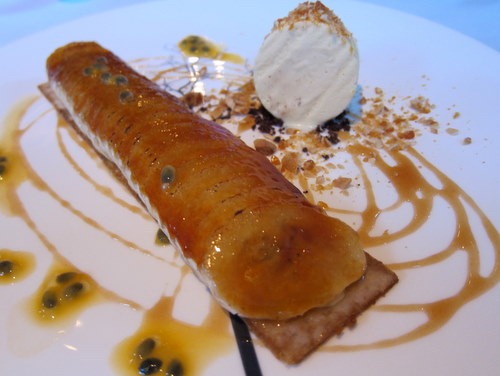 Service, another widely-praised aspect of The Ledbury experience, was impeccable as always – friendly, efficient, attentive but without the slightest hit of the over-formality or stuffiness that can so often afflict the wait staff at other fine dining restaurants. The timing between courses was also spot on. 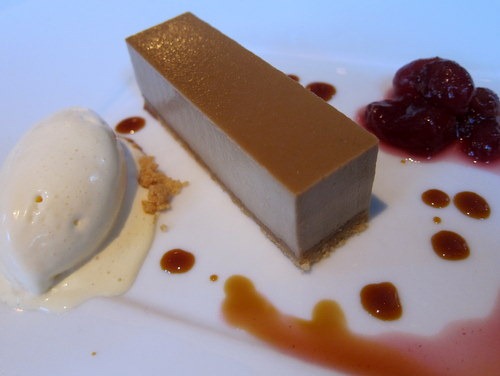 In a nutshell…
Every single dish was well-balanced, every combination well thought out, every plate beautifully presented and perfectly executed; there was not one false move. This was polished, assured, accomplished cooking of the highest calibre. The Ledbury and its Australian-born head chef richly deserves every accolade it has received. Quite simply one of the finest dining experiences in the capital.

I must take this opportunity to make mention of the incredible bravery shown by the staff at The Ledbury, who, with only kitchen tools, went far beyond the call of duty in taking it upon themselves to defend their restaurant and customers from the senseless rioters that caused such chaos in London in early August. Truly commendable.