Cadogan Arms on King’s Road was a runner-up in the Best Gastropub category in the Time Out Eating and Drinking Awards in 2009, marking it out as one definitely to try, and I finally got round to doing so for lunch on a rainy Sunday afternoon. 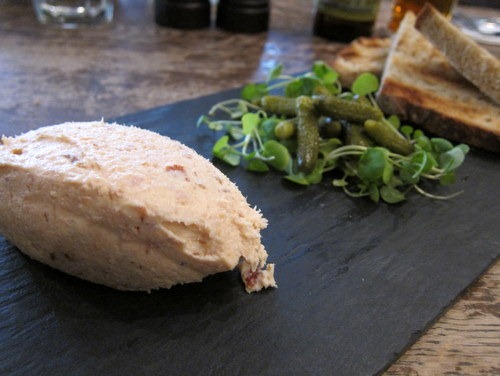 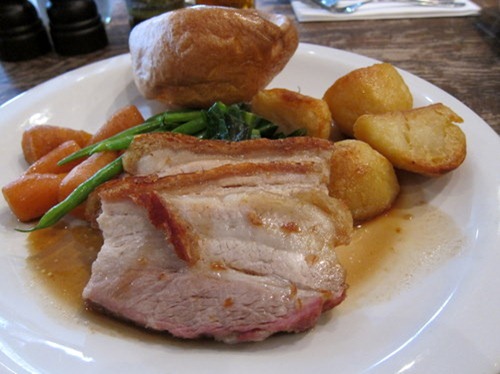 All the meats were beautifully cooked – tender, moist, well-seasoned – just superb. Especially worthy of mention was the pork crackling – crispy but not the slightest bit hard, it was simply stunning. The rest of the accompaniments were good too, with the Yorkshire pudding really standing out - so light and airy, it ranked as one of the best Yorkshires I’ve ever had. The only item that was slightly short of impeccable was the roast potatoes; they were a bit over-cooked and a tad too hard on the outside which was a pity, but merely a tiny blip amidst some truly high quality food.

A shared dessert of Sticky toffee pudding, vanilla ice cream, butterscotch sauce also did not disappoint – the pudding had a light and delicate texture, and crucially was not too sweet; yet another bit of excellence produced by the kitchen. 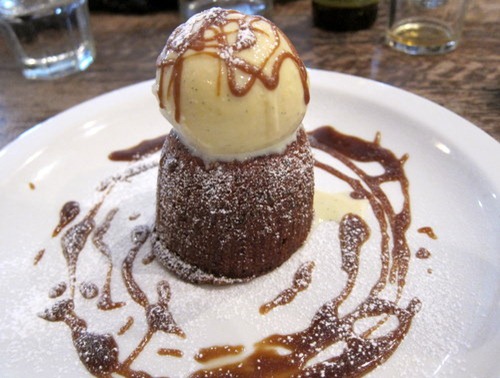 The waiter who served us was absolutely brilliant – he noticed everything we needed before we even realised we needed it; offering more toast with our starter when he saw we were running out, and ordering up some extra gravy from the kitchen when he observed that our plates had been served up a little short of it.