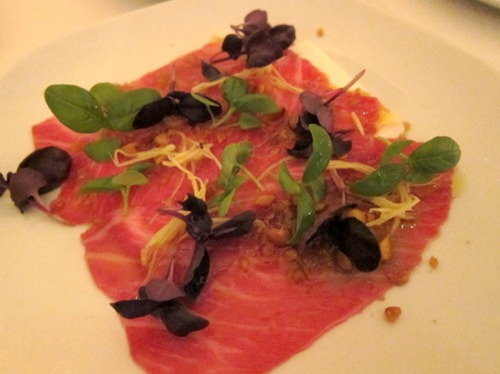 All-day venue NOPI, which apparently stands for North of Piccadilly, is popular Israeli chef and restaurateur Yotam Ottolenghi's newest venture, following the success of his self-named café/deli/patisserie chain. Set over two floors, the basement contains long communal tables with a view of the kitchen while the main dining room on the ground floor is a clean, stylish, all-white space with brass accents. 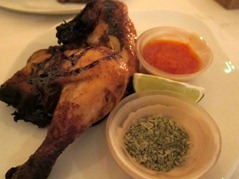 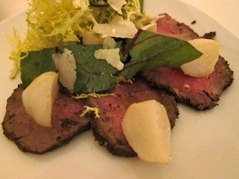 The menu here is based on the increasingly in-vogue small plates concept with Mediterranean, Middle Eastern and Asian influences; we were advised to order three savoury dishes each, so that's exactly what we did. Presa iberica carpaccio, manouri, pine nuts was light and zingy; Roasted beef sirloin, baby turnips, pecorino di fossa recommended by our waitress was ordinary, but an Asian-inspired Twice-cooked baby chicken, lemon myrtle salt, chilli sauce with soft and moist meat and crisp skin picked up the standard again. Last of the initial four dishes to be served was Burrata, white peach, fennel seeds - an interesting dish with the dome of burrata going well with the peach and fennel seeds. 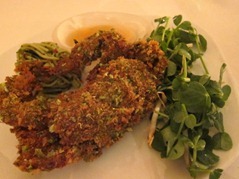 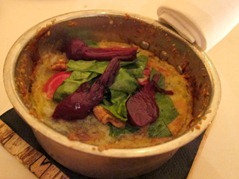 Softshell crab, green tea noodles, peashoots was diminished by a breadcrumb that was too thick, but Valdeón cheesecake, pickled baby beetroot, walnuts, probably my favourite dish of the night, was very nice - a delectable, airy cheese soufflé. Seared scallops, pickled daikon, green apple was also a hit, the appetising sweet chilli and curry paste bringing the best out of the perfectly-cooked scallops. 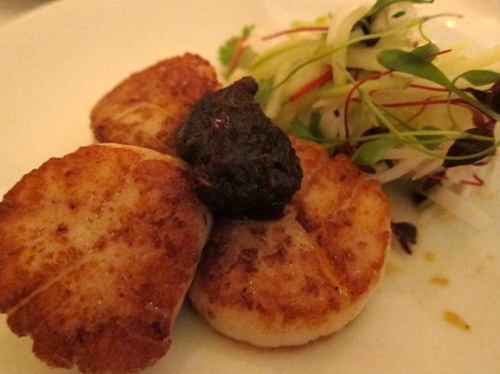 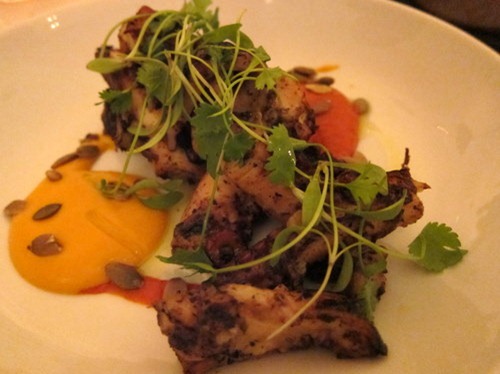 All three desserts we sampled elicited largely favourable reactions. Doughnuts, plum wine anglaise, berry compote was decent albeit not the fluffiest of its type; Kaffir lime, meringue, tapioca, honey mango was tangy and crunchy and enjoyable, as was Pineapple galette, pandan, coconut ice-cream. 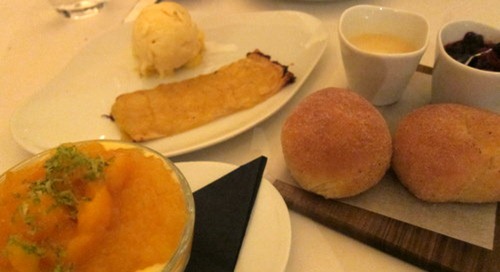 Hardly anyone comes away from a visit to NOPI without at least a minor complaint about its prices, and I was no different – with dishes costing around £10 each on average, it was most certainly on the expensive side.  Service was slick, friendly and efficient.

In a nutshell...
There were no dud dishes but equally there were no particularly outstanding or memorable dishes either. A viable option for something a little bit different, but on the whole a none too impressive experience.