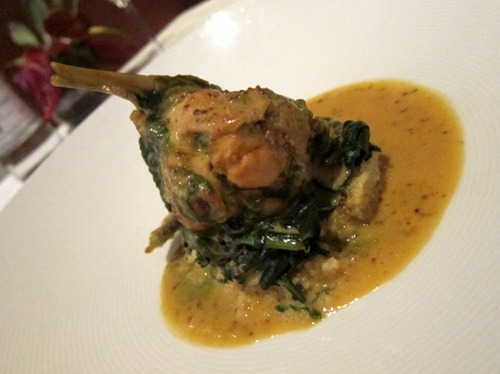 Largely residential, slightly obscure Liverpool Road in Islington is hardly the first place one would expect to find a fine dining French establishment. But that’s exactly where highly regarded chef Morgan Meunier has made his home, cooking, as he did on this night, to full houses regularly including it is said, Arsenal manager Arsene Wenger, and to wide critical acclaim since he first opened Morgan M in 2003. 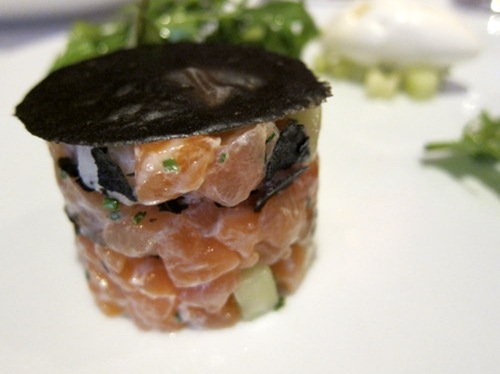 The restaurant is tastefully decorated, in green and dark red hues, making for an unequivocally French feel to the place. We went for the “Summer Menu”, a 6-course tasting menu, with two options each for the appetiser, meat and dessert courses – we decided to order the reverse of each other, so between the two of us, had all the choices covered. 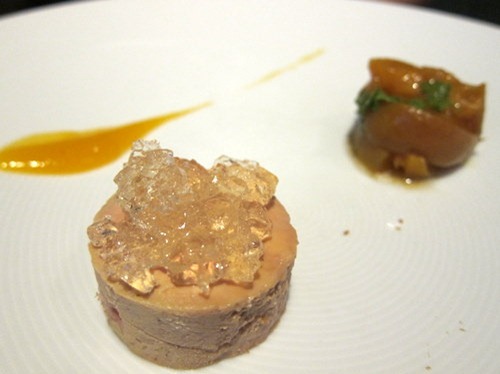 Things were kicked off with a very summery, refreshing Chilled Charentais Melon Soup, Parma Ham, Porto Sorbet that had a pleasing contrast of sweetness and saltiness. My starter, Tartar of Two Salmons, One Smoked, One Fresh, Rocket and Mizuna Salad, Fromage Blanc and Lemon Sorbet, Thin Tuile was reasonable, but suffered, as is so often the case, from the “salmon effect” – the tendency, because of the nature of the fish, for salmon dishes to be neither outstanding, nor terrible. The ice-cold lemon sorbet was a commendable, creative touch however, that did lift the dish somewhat. The other starter, Ballotine of Foie Gras, Apricot and Chervil Salad, Toasted Brioche was very good – quality foie gras, well complemented with the apricot and salad, with a lovely, light brioche the perfect vessel for the foie gras. 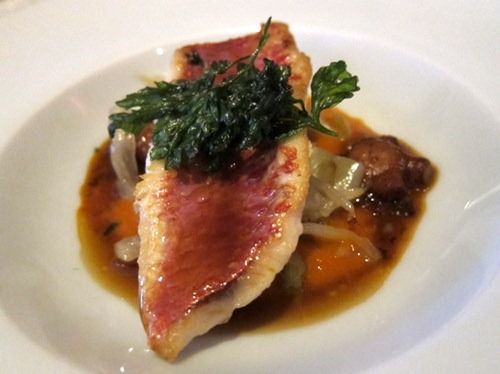 The fish course, Seared Fillet of Red Mullet, Braised Octopus and Fennel, Tomato Sauce, was just a tad overcooked, but very appetising, with the octopus especially standing out. My main course, Braised French Rabbit Leg brushed with Sage, Couscous with Almond and Lemon Confit, Mustard Sauce was excellent – tender, well seasoned rabbit, complemented with a mustard sauce that was tasty but not too overpowering, and a fine couscous that added a different texture to the dish. The other meat option, Grilled Anjou Squab Pigeon, Steamed Baby Artichoke, Mange tout, Red Wine and Juniper Sauce was also a success, if a little less special than my rabbit. 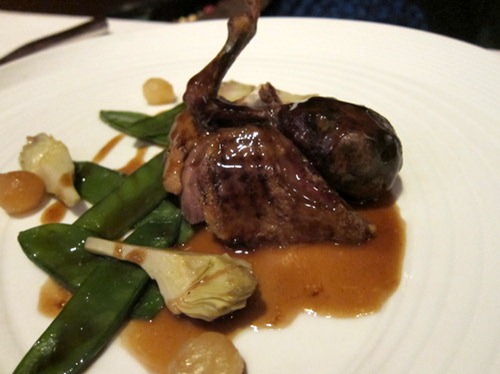 A pre-dessert of Light Vanilla Rice Pudding, Orange Tuile was beautifully balanced, and delicious. The only disappointing dishes of the night were the desserts. Mirabelle Plum Soufflé and Coulis, Rum and Raisin Ice-Cream was a bit too eggy, and not nearly airy enough, whereas ‘Charlotte aux Fraises’, Strawberry Sorbet and Coulis had too strong a strawberry flavour, and a poor cake base. 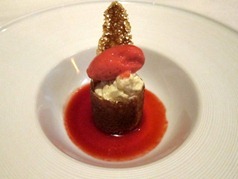 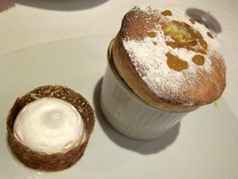 In a nutshell...
It was a pity that the meal ended on a slight downer, with the desserts easily the weakest offerings of the night, but that shouldn’t detract too much from the overall quality of the meal, which was high. Monsieur Meunier demonstrated a pleasing ability to churn out good-tasting, well-balanced dishes with elements complementing, and, crucially, never overwhelming each other – this was a borderline Michelin Star level meal, at very reasonable prices - £52 for the tasting menu, £43 for three courses from the a la carte.

One should also note that there is now a second Morgan M venue, recently opened near the Barbican.