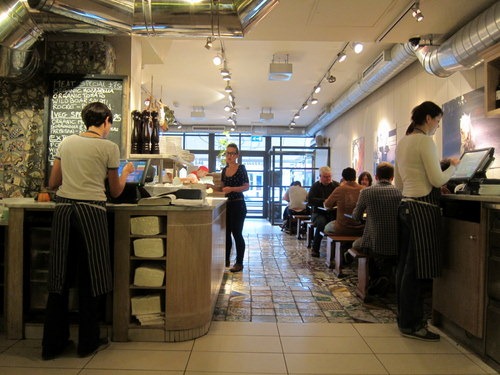 Franco Manca, originally of Brixton, now also of Chiswick and Westfield Stratford, has long been considered by many as one of the best pizzeria in London. The Brixton location was always a bit of a challenge to get to, with its restrictive opening hours from just 12-5pm Monday-Saturday, but when the Chiswick branch opened its doors in late 2009, I really didn't have any more excuses. Still, I managed to put it off for almost another two years before finally making it down to W4 to sample Franco Manca's Neapolitan-style pizza. 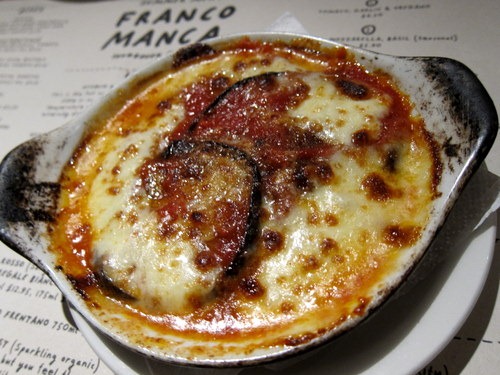 I started with a Baked Aubergines with our Single Estate Organic Tomato & Mozzarella from Alham Wood Organics (Somerset) which came out almost instantly, and was alright - fresh, tomato-y, cheesy, there was nothing really to complain about it, if nothing to really like either. For the main event, I opted for No. 4: Gloucester Old Spot Ham (Home cured), Mozzarella, Buffalo Ricotta & Wild Mushrooms. The sourdough base was really nice – soft, gooey and chewy in the middle, thicker and fluffier on the sides, it wasn’t so much a pizza crust as a pizza bread. It was slightly burnt in parts, which has attracted criticism from others – I thought it was fine, and welcomed the slightly smoky flavour it imparted, in fact. The toppings, on the other hand, were just okay – I didn’t find them particularly tasty, and that includes the tomato sauce so crucial to a good pizza. 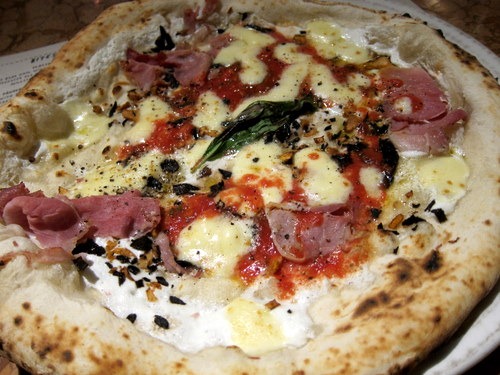 In a nutshell...
Good but some-way-short-of-great pizza, done in a Napoli-style that still remains rare in London, and for that reason alone, Franco Manca is worthy of a visit. Prices were downright bargainous.