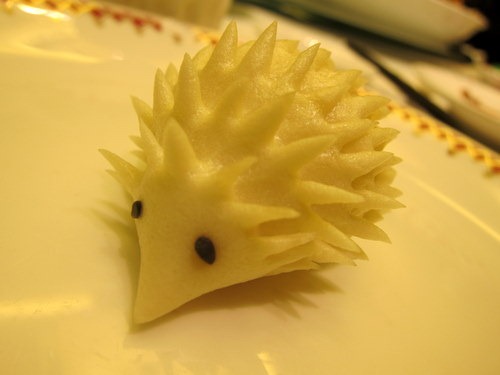 Deyuelou is arguably Suzhou's most famous restaurant, having been founded over 400 years ago during the Ming Dynasty. It is also one of the most popular and well regarded restaurants in town, now boasting a number of different branches. We opted for the outlet at the Suzhou Industrial Park, just for a bit of variety, having not been out to this part of town previously.

We booked a private room as usual, and as always, that meant a minimum charge - in this case a fairly reasonable RMB1500, made even more palatable by the fact that it wasn't strictly enforced - our bill ended up being just over RMB1300. That, however, failed singularly to make up for what was to come. This was, supposedly, a high class restaurant, a competitor to the excellent Song helou where we ate the night before, but nothing could be further from the truth. The waitresses were sour-faced, the plates chipped, and the food clearly pre-prepared - the dishes came out far too quickly, and far too lukewarm, to have been cooked to order. As this was the penultimate dinner of the trip, a number of the dishes tried here had previously been sampled elsewhere, and that only served to highlight how badly Deyuelou fell below the requisite standard. 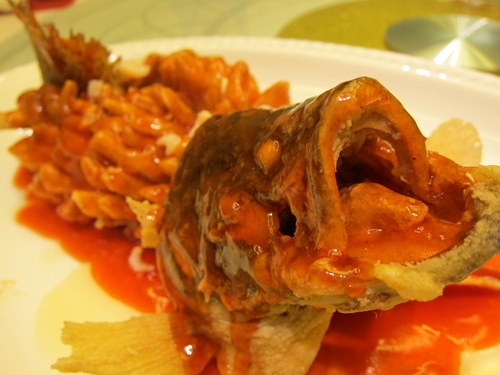 The house, and regional speciality, Squirrel Shaped Mandarin Fish, lacked crispness and crunchiness because it had been cooked in advance. Chinese ham and pineapple was so salty, never mind tough, that it was literally uneatable. 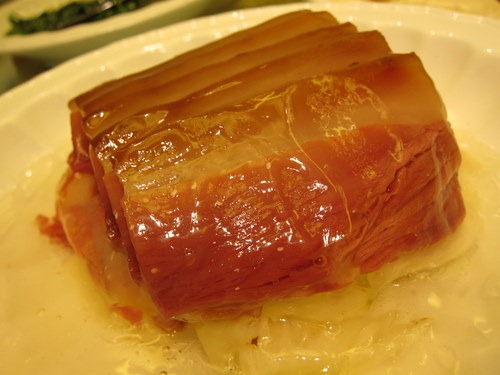 Crab Meat and Egg White In Crab Shell, a dish that had so wowed us the night before at Song helou, paled here in comparison; the excess of crab shell in the preparation belying a lack of finesse and attention to detail, again confirming one's initial observation that this was, reputation notwithstanding, a lower class of restaurant. 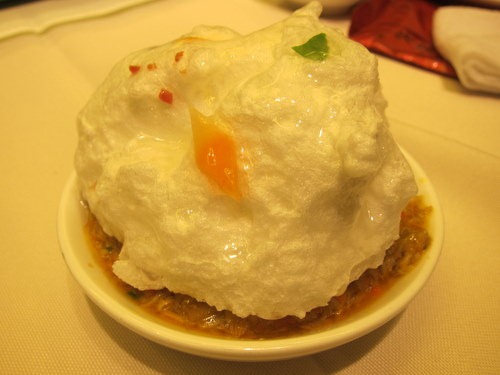 The only dish really worthy of mention was the Steamed hedgehog Shape Small Bun, and then only for the cute presentation, not for the taste. We did have a few other dishes, but none were worth even a name check, so I won't go to the trouble of affording them one here.

In a nutshell...
This, and dinner at Lou Wai Lou in Hangzhou, were easily the worst meals on this trip, during which we generally ate very well. Its glowing reputation and immense popularity is thoroughly undeserved, and while prices were reasonable, you still get less than you pay for, unlike Song helou which might have been twice the price, but was much more than twice the quality.