I love wonton noodles. And no where in the world is this simple dish done better than in Hong Kong. I ate at three wonton noodle places in less than 24 hours on my recent trip there - and those were just snacks!

We arrived into Hong Kong in the early afternoon, checked into the hotel, then went immediately in search of a bite to eat, at the world famous roast goose institution, Yung Kee. But Yung Kee had sold out of roast goose, and would only be replenishing its stocks just before dinner. So we strolled a bit further down the same road (up a small incline, then back down again on the other side) to Mak's, which I had actually earmarked for a mid-afternoon snack the following day.

Mak's is widely considered to be one of the two best wonton noodle places in Hong Kong, alongside Tsim Chai Kee which, coincidentally, is right across the road. Mak's, made even more popular by Anthony Bourdain who featured it on his show, is famous for its diminutive portions. And indeed, they were tiny - the size of soup bowls. They were, however, totally amazing. The noodles were done perfectly, with a slightly chewy texture; the wontons were just super, with a smooth, silky wrapper, and crucially, not over-stuffed with the brilliant filling; but the undisputed star of the show, the element that lifted the dish from a good one to an absolutely great one, was the broth - it was packed full of flavour; but it wasn't just the depth of flavour, it was the complexity - the layers and layers of flavour. Wow. Just wow. 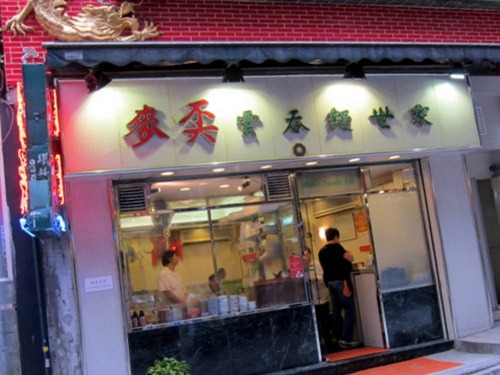 In a nutshell...
The best wonton noodles. In the world. Ever. Portions are miniscule so you'll want two, at the very least.