(Yes, I know it is now April, and that this post is, thus, long overdue).

There are good meals, really good meals, great meals, and then there are the meals that simply blow you away. After an especially successful year in 2010, during which I had the great privilege of enjoying no less than five "blow me away meals", 2011 exhibited a reversion to the mean with just one such experience:

Mak's Noodle, Hong Kong - My one and only "blow me away" meal of 2011 wasn't at one of your usual multi Michelin-starred fine dining suspects, but rather at this humble noodle house in Hong Kong's Central district that, quite simply, served me the most amazing bowl of wonton noodles I have ever had. The complexity and depth of flavour found in the broth of this ordinary, everyday dish was just out of this world, and never to be forgotten. (My full review of Mak's will be hitting the blog soon - I'm just a little bit behind!) 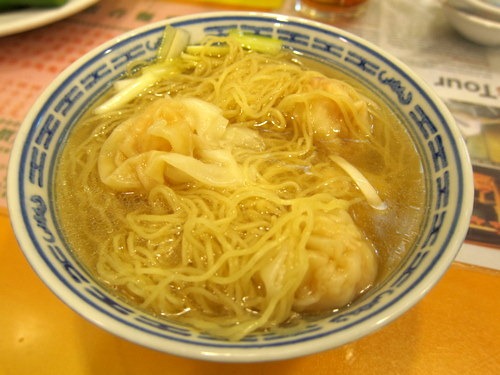 on Friday, April 06, 2012
Email ThisBlogThis!Share to TwitterShare to FacebookShare to Pinterest
Labels: Miscellaneous