I must confess, I'm not a particularly big fan of Brazilian rodizios, or at least not of the ones in London (I've never been to Brazil ). What's not to like about an all-you-can-eat-meat restaurant, you ask?! Well what sounds, on paper, like a great idea - unlimited barbeque meats of all varieties brought to your table endlessly until you say stop, frequently fails to deliver in reality because the meat is so often too dry, and service slow and inconsistent. Rodizio Rico is the biggest and most well-known of the rodizio chains in town, and the only one I had previously been to (on three separate occasions, years apart), but Rodizio Preto has been the beneficiary of a number of good reviews, and when a friend needed a place for dinner before watching Wicked The Musical, we, suffering from a dearth of presentable options in the area, decided to give the branch on Wilton Road a try. 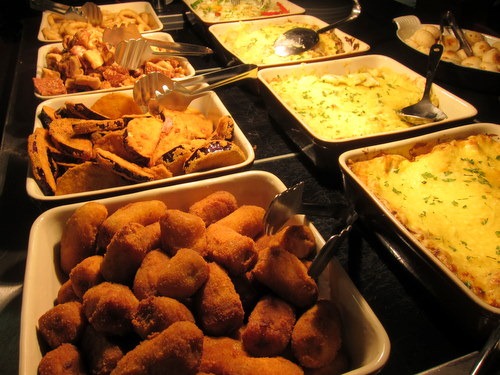 First, a cursory mention of the buffet of salads and traditional Brazilian dishes - the spread was alright, not nearly as wide a selection or as good in quality as that at Rico, but not too bad. Now onto the main event, the meat! 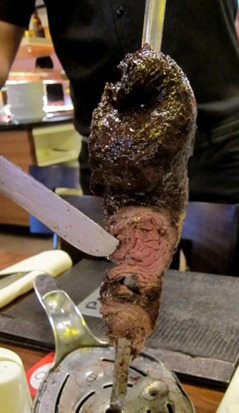 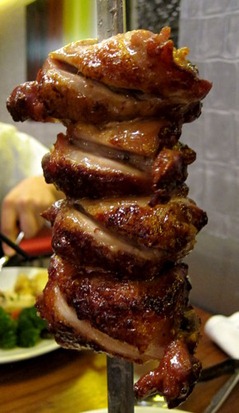 I'm not going to go through all the different meats that were served (mainly because it became a bit of a blur after a while) but by the end of the meal, I was left in little doubt that Preto was better than Rico. The quality of the meat was clearly superior (for a start, lots of different cuts of sirloin, which wasn't served at all at Rico, I don't believe), as was the flavour. The meat again lacked moistness at times, but, on the whole, was also much better than Rico's on this count. 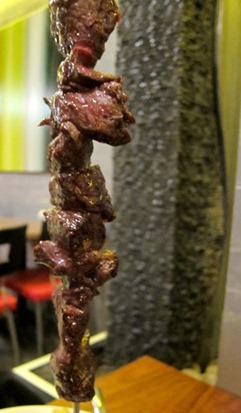 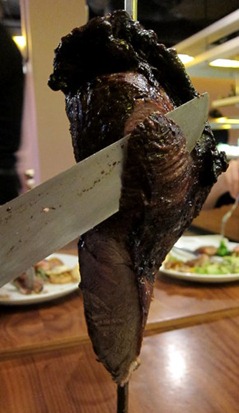 Service was friendly, but somewhat disappointing, with progressively longer gaps between meat servings as the night wore on and the place filled up; and some types of meat only making it to our table once, or sometimes, not even at all. It was a complaint I had with Rico too. What was most unfathomable was why so many waiters carrying full skewers of meat kept walking right by, forcing us eventually to have to resort to hailing them down.

In a nutshell...
Not my favourite kind of restaurant but Rodizio Preto deserves recognition, nevertheless, for being the best rodizio in London, easily surpassing its more popular counterpart, Rodizio Rico.