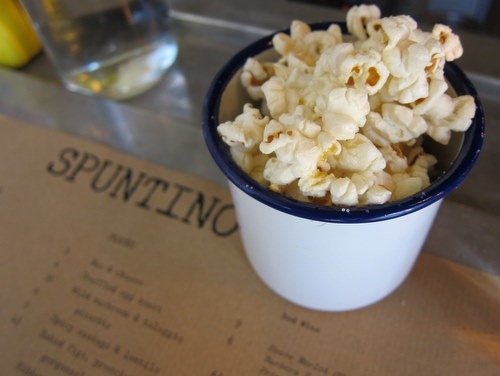 Russell Norman is the owner of possibly the "coolest" collection of restaurants in London, with Polpo, da Polpo, Polpetto and Spuntino all being lauded not just for the quality of their food, but also the vibe and atmosphere they are able to generate, both on the premises, and in the general consciousness of the public - that all-important, often elusive, largely unquantifiable "cool" factor (and I don’t mean just dim the lights and turn up the music, as so many places do these days). 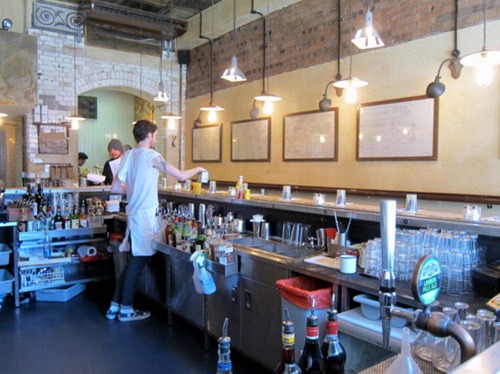 This was actually my first time at one of Norman's establishments, and early impressions were positive. Though mostly empty when I visited (it was early), the easy going tattoo-clad staff, and the relaxed nature of the place immediately appealed. Spuntino is not large, dominated by a 23-seater bar, and there was an unmistakably New York feel about the establishment, which is rarely a bad thing. Its website proudly proclaims "No telephone, no reservations" - my dad would balk at such a laissez faire approach, but I guess that's all part of the “cool” factor. And with Spuntino hardly struggling for patrons, it would appear to be working. 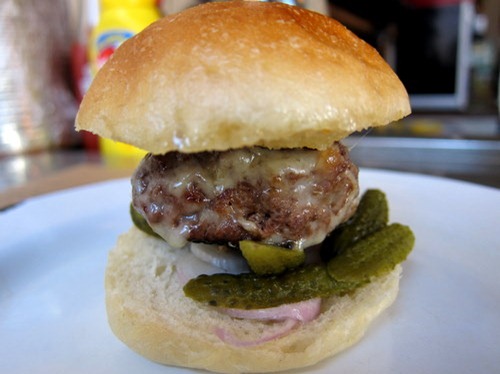 I had read much about Spuntino - pretty impossible not to if you're even a casual peruser of food blogs - so went straight for the most praised items, starting with the Ground beef & bone marrow slider. Given my recent burger quest, I felt especially well placed to critique Spuntino's mini-burger, and it didn't take much more than half a bite to reach the conclusion that this was a very average attempt - the bread was decidedly middle-of-the-road; the sides of the patty burnt and hard. 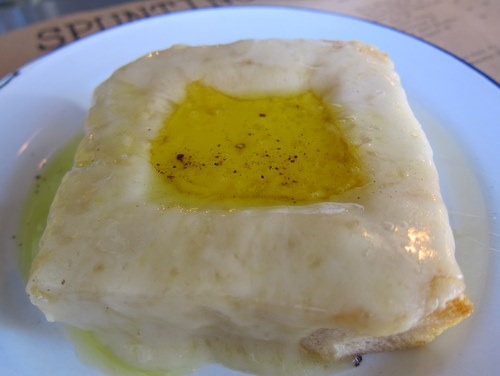 Next, the Truffled egg toast that had far more of a whiff of truffle than a taste of it. The bread, meanwhile, was far too hard in parts. It was a nothing dish that one could easily replicate at home. 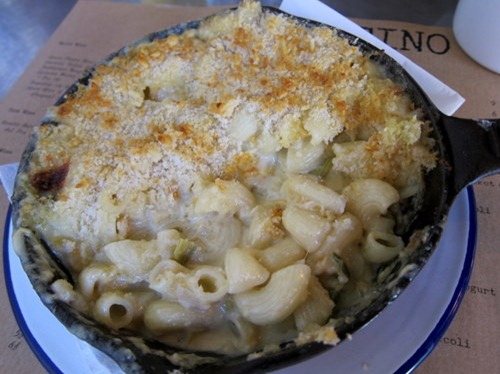 Lastly, the Mac & cheese, and finally a dish worthy of the hype - the macaroni was perfectly cooked - soft but firm; the cheese entirely present, but in just the right amounts that the plate never became cloying - quite an achievement for a dish like this; the crunchy bits on top finished everything off very nicely. It was a near perfect rendition, and certainly the best mac & cheese I've ever had. 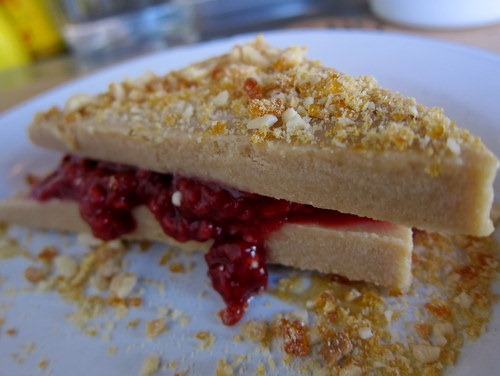 For dessert, I couldn't resist the Peanut butter & jelly sandwich, which utilised two slices of peanut butter ice cream as the 'bread' in the sandwich, not unlike the PBJ at Maze and Pollen Street Social. The ice cream at Spuntino wasn't of quite the same standard, but the jelly wasn't as overpowering, making the overall dish much better balanced here. The chewy peanuts sprinkled on top were unnecessary, adding a textural component that actually diminished the whole.

In a nutshell...
Spuntino easily passed the "cool" test - Norman clearly has the right touch in that respect. The food, on the other hand, though entirely decent, failed, with the exception of the mac & cheese, to really hit the heights. A place I would happily grab a quick bite at, but not one I would queue for (and rumour has it that queuing is frequently the order of the day here).