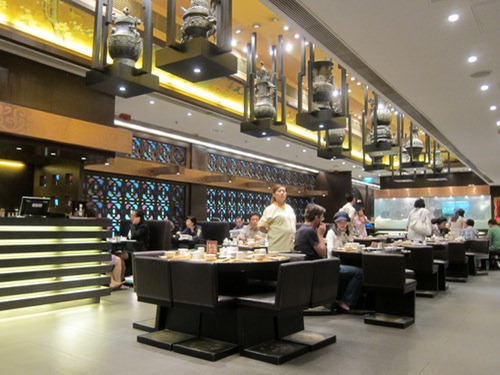 In 2009, I visited Hong Kong for the first time in over twelve years. On that trip, I ate at Tasty Congee & Noodle Wantun Shop at IFC and was totally blown away. After years and years spent eating insipid bowls of wonton noodles in London's Chinatown, I was reminded of how awesome this dish could be, when done right. This time around, prior to making it down to IFC, I had already eaten at two other wonton noodle places, Mak's and Tsim Chai Kee, the day before. I was, thus, very interested to see how Tasty compared, both to my memory of it from two years ago, and to its two competitors.

As this was a mid-afternoon snack, I went for the Small House Speciality Shrimp Wonton Noodles in Soup, at HKD 33 for a bowl not much bigger than Mak's - the rent at IFC no doubt factoring into the pricing. 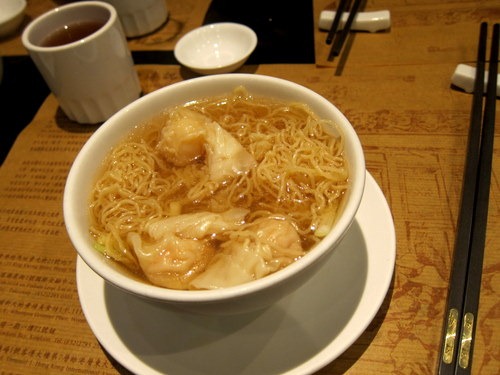 And the verdict? Somewhere in between Mak's and TCK. It was definitely still very good, just as I remembered it in fact, but my suspicion upon tasting Mak's version the day before was that it was on a different planet altogether, and today only served to confirm that. If I had never tried Mak's, I would have been extremely happy with Tasty's rendition, but once you've had the very best, everything else pales in comparison.

In a nutshell...
In my 24-hour survey of three of the supposed best w0nton noodle places in Hong Kong, Tasty came in a solid second. There's no shame in that - Mak's, after all, is otherworldly good. Tasty, proud owner of a Michelin Bib Gourmand for three consecutive years by the way, serves a very good bowl of wonton noodles, one that easily eclipses highly-rated Tsim Chai Kee.