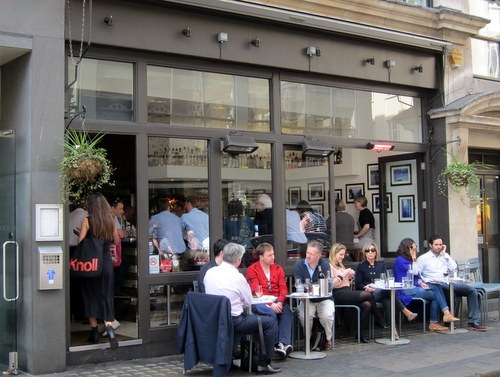 Barrafina on Frith Street in Soho has long been regarded as the gold standard for tapas bars in London, even during this, a period when quality tapas places are abundant in the capital. I've eaten at Barrafina before, of course - no self-respecting foodie could possibly not have - but I hadn't been in a while, a good 18 months in fact, before I had even started this blog, so a return was long overdue. Barrafina is famed for its no reservation policy, and with only 23 stools available, you better get there early (or at non-regular dining hours) or you can forget about it - we were there sharp at 12 noon and managed to immediately snare two of those precious seats. 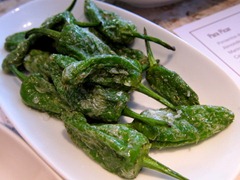 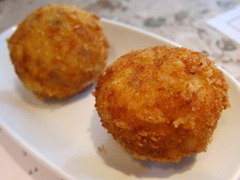 Pimientos de Padron is practically a necessity at Barrafina, and as always, it did not disappoint. It's such a simple dish, but no place does it quite as well as here, where the softness, firmness, heat, taste, and salt levels of the peppers are all pitch perfect. Ham Croquetas were also very pleasant - beautifully crisp on the outside, wonderfully gooey on the inside. 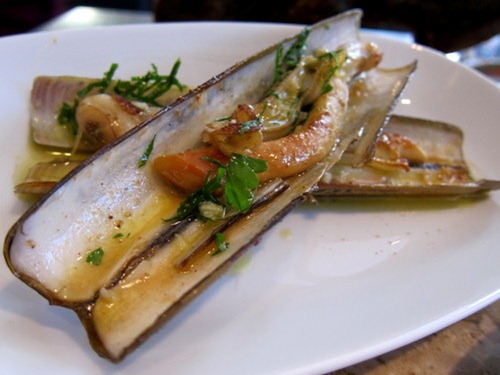 Razor Clams, so regular a fixture on the specials board that they might as well make it a permanent menu item were superb, as always. Gambas al Ajillo is as common a tapas dish as any, and one that we've all eaten countless times before, yet Barrafina's version still manages to distinguish itself from the others with a superb balance of subtle flavours. Chorizo, Potato and Watercress, another very standard dish, was elevated by the lightness and fluffiness of the spuds. 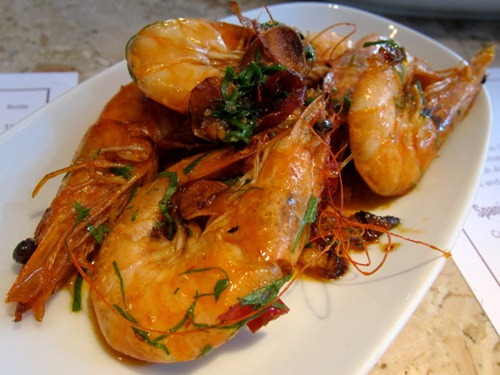 We were searching for one additional dish to complete the meal, and though I had my reservations, the waitress recommended the special of Cod a la Bilbaina so strongly that it felt almost rude to say no. In hindsight, we probably should have. It wasn't bad - pan fried cod in a tangy tomato-y sauce - but not nearly as good as what came before it. 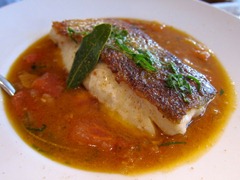 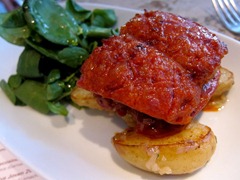 In a nutshell...
Barrafina has, most assuredly, still got it. There are many worthy contenders but I wouldn't argue with anyone who claims this to be the very best tapas bar in London.

on Saturday, May 19, 2012
Email ThisBlogThis!Share to TwitterShare to FacebookShare to Pinterest
Labels: London, Spanish, Top-rated