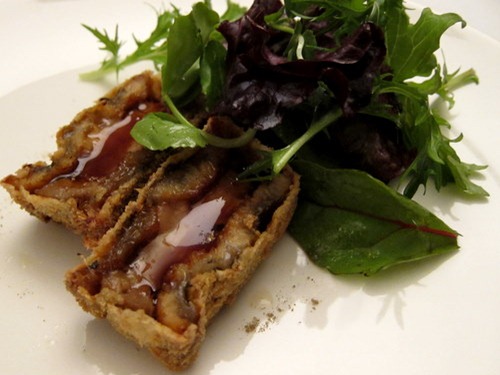 When I go back to Malaysia for holiday, there are, naturally, many establishments serving the local cuisine that I like to frequent, but there is only one absolute must hit restaurant on my list - and it might come as a surprise to many that Cilantro, a Franco-Japanese fine dining venue is that restaurant. After all the perception, not incorrectly, is that London, with its myriad of Michelin-starred restaurants and world-renowned chefs, is a far better place for fine dining than KL. But Cilantro is a restaurant like none in the English capital.

Ranked number 6 in the latest Miele Guide of Asia's Best Restaurants, and helmed by Takashi Kimura, a Japanese born, French trained chef with experience, via the Japanese embassy, first in Senegal and then latterly in Malaysia, Cilantro's food, though primarily French based, draws from its creator's diverse background, resulting in a unique form of fusion cuisine. Yes, I know that the term fusion is often met with a large degree of contempt, especially in the west, but not so in the east where it is still generally well-regarded; and with good reason - fusion done properly can be a truly beautiful thing. 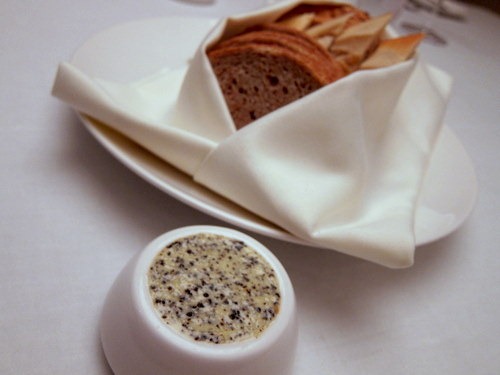 A meal here always starts well, even before the orders have been taken, thanks to the divine bread and truffle butter. Well actually, the bread is often a bit disappointing, but the butter more than makes up for it. 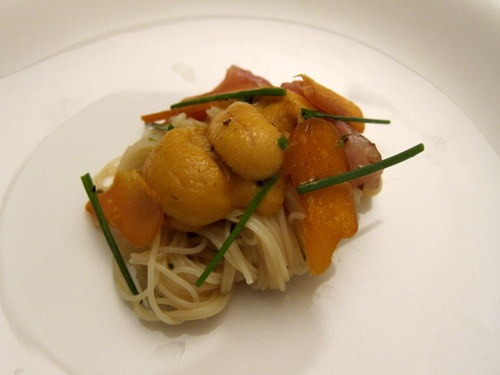 I opted for the "Cilantro", which is a self-selected 4-course tasting menu constructed with slightly smaller portions of dishes from the a la carte menu. The first of my two appetizers was a seasonal special, Cold Capellini with Sea Urchin and Akagai which was very good; a charming combination. Next, my all-time favourite Cilantro dish, Unagi and Foie Gras with Mesclun, a sensational combination of east and west, of soft, creamy foie gras against firmer eel against crisp breadcrumb exterior; it was, and always has been, absolutely mouth-watering. 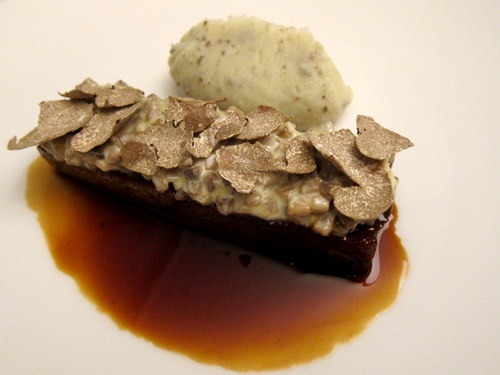 I often lean towards a wagyu beef main course at Cilantro, and many-a-time, they have been somewhat underwhelming. So on this occasion I went for the Braised Ox Tongue with Madeira, which I learned was actually Kimura-san's signature dish - I couldn't believe after all these years and countless meals at Cilantro, I had never known this was his signature dish, and that I had never tried it. It was superb - the ox tongue cooked perfectly, resulting in a lovely, tender yet slightly chewy texture; complimented by a jus bursting with flavour, and shavings of black truffle to lift to the dish yet another level. Green Tea Soufflé is my usual dessert of choice here, but I was persuaded to try something a little bit different this time, going with the Pisang Emas (golden banana) Soufflé in its stead. It was still pretty good, but next time I won't stray from my usual - when you only get to eat here at most once a year, it's not the right time, or place to experiment.

In a nutshell...
Not every dish at Cilantro is a success - I've eaten here enough times to know that; nor is Chef Kimura a culinary genius who can do no wrong, as evidenced by the rather uninspiring cuisine at Sage where he was temporarily stationed for a few months a couple of years ago while Cilantro was being renovated. And one could, entirely reasonably, argue that that is a significant failing because a truly top restaurant should deliver a consistent, minimum standard of cooking. But when Cilantro gets it right, and I have now worked out the exact dishes to order, it gets it really right, and hits heights few others can. This meal was easily of Michelin Star standard, and its place amongst the very best restaurants in Asia is richly deserved.

on Sunday, May 27, 2012
Email ThisBlogThis!Share to TwitterShare to FacebookShare to Pinterest
Labels: Fusion, Kuala Lumpur, Top-rated