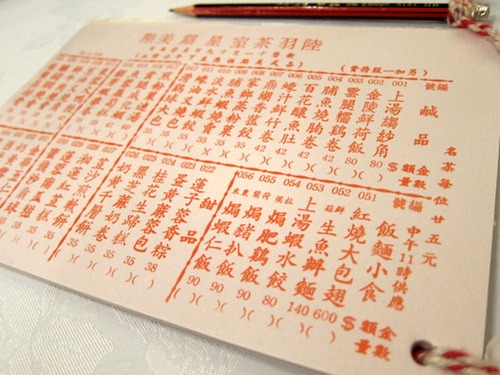 Luk Yu is the oldest, and one of the most famous traditional teahouses in Hong Kong, popular with celebrities, locals and tourists alike. In recent years, it has also gained a degree of infamy, the businessman Harry Lam having been murdered while eating breakfast here in a triad hit in November 2002. It is, nevertheless, arguably the best place in town for an old-fashioned dim sum meal, and conveniently located just 5 minutes from our hotel, was the ideal place for a quick bite before leaving for the airport. 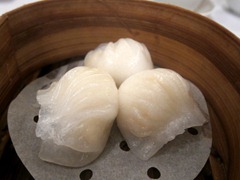 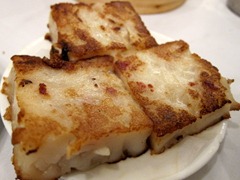 This place is, by all accounts, absolutely rammed at peak times, which in dim sum terms means 7-9am. We planned to visit at 11am, mercifully avoiding the morning rush, if also missing out slightly on the complete, bustling dim sum breakfast experience. We ended up going earlier, just before 10am, and upon arrival, told the gentleman at the front that we had a reservation, but for a but later at 11am. His response, without even looking up - it's not 11am yet. Right, don’t mind us, we'll just grab one of the vacant tables then. Service here, as you might have guessed, leaves much to be desired. Never mind, it's all part of the experience. 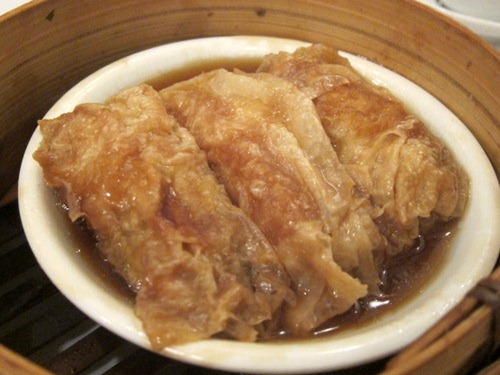 The restaurant was, as anticipated, indeed half empty by the time we got there, but that proved to be more curse than blessing. Food was served the way dim sum used to be - with waiters and waitresses carrying trays and pushing carts around - all well and good, but because this was the in-between hour, the flow of dim sum from the kitchen was rather slow, and it ended up taking quite a while between servings, not to mention the fact that the varieties of dim sum in circulation were clearly reduced - for the first 40 minutes, not once did a basket of siu mai, arguably the most popular dim sum dish of all, even hint at coming our way. Thankfully at 10.30am the restaurant switched to the a la carte system, and we were able to put in an order for a basket of siu mai. 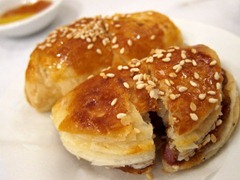 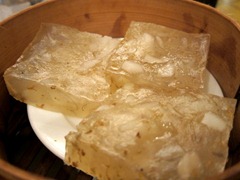 Anyway, onto the dim sum itself, and here's a rundown of most of what we managed to get our hands on. Har gau had a lovely flavour, but contained prawns that were neither particularly plump, nor particularly fresh. Fu chuk quin had a delicious sauce, a good filling and a very nice beancurd skin wrapper. Char siew pao contained meat that was a bit dry, and tough. As did the Char siew sou. Lou pak gou was reasonable. Ma tai gou was sweet and crunchy. The long-awaited Siu mai was a proper "old-school" version, and by that I mean big-sized dumplings stuffed with meat (pork).

You'll notice from the photos that these were full-bodied servings - none of those miniaturised dumplings that these days pervade so many a dim sum restaurant. There was an undeniable lack of refinement in Luk Yu's offerings, but equally, that's how dim sum used to be. Some will argue that the times have moved on, and I will readily admit that a good upmarket dim sum, dainty dumplings not withstanding, would get my vote every time for its better quality. But there was a certain unmistakable charm about Luk Yu; a reminder of the days of yore. 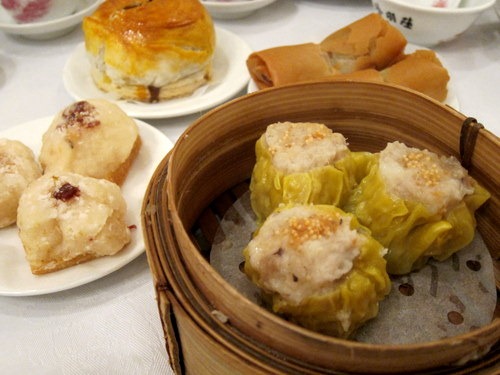 In a nutshell...
Was this the best dim sum I've ever had? No, not by a longshot. But Luk Yu did deliver on what it promised - an authentic, traditional teahouse experience in every sense of the word, right down to the abrupt service. If I was looking for a great dim sum meal, I wouldn't come here. But if I was a visitor wanting to see what old-fashioned dim sum houses were like, I most certainly would - and I'd go bang smack in the middle of rush hour for the full "show".