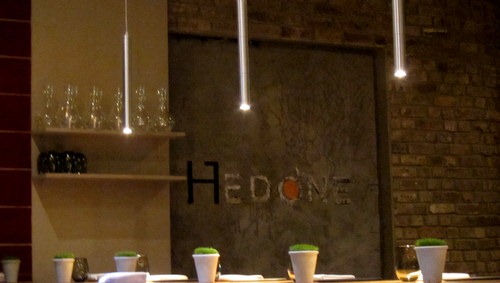 Hedone's owner and executive chef Mikael Jonsson's journey was an unusual and interesting one. Initially trained as a chef, the Swede went on to pursue a career in law, during which time he started writing a food blog. But the call of the kitchen proved too strong to ignore, and late last year he took the plunge, going from ingredients-obsessed food blogger, to ingredients-obsessed restaurateur.
The menu here, in keeping with Jonsson's focus on only the freshest and best ingredients, changes on a daily basis. You have the option of 4 or 5 courses depending on the number of starters you select - both options comprised just one main, and one dessert. There was also a 7-course tasting menu on offer, but we stayed with the 5 courses, or at least I did - the others in our party went with 4.

But before our first course, came an amuse bouche simply entitled "Umami". And it was indeed rich in umami, the sixth sense of taste introduced to the general conscience by the Japanese, and most commonly referred to as a savoury taste; featuring a silky smooth custard topped with a delicious secret sauce, which was also used later to great effect in the duck egg dish. But more on that in a bit. 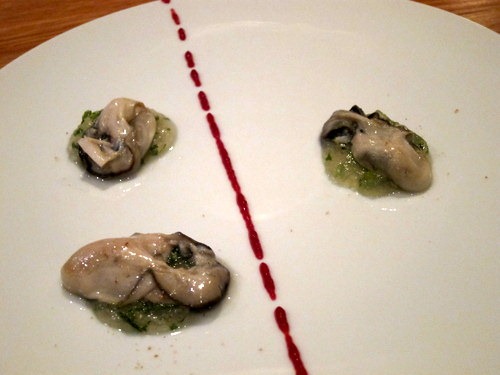 Onto the first of my three starters, and a Poached rock oyster, watercress jelly, beetroot was lovely - the watercress jelly and beetroot combination adding a freshness to the oyster that ensured it didn't feel too fishy. As it turns out, I've, rather unusually, had three oyster dishes within the space of 5 days, affording me an excellent opportunity to draw comparisons - Hedone's came in between the brilliant preparation at Passage 53, and the considerably less inspired concoction at Guy Savoy (both in Paris). 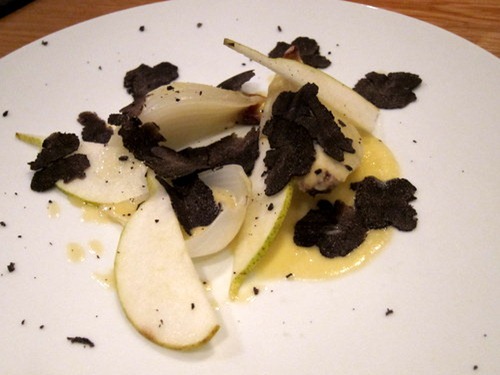 a £15 supplement, this was simply a dish of onions and pears. To serve a dish with such basic ingredients takes guts, and confidence in one's abilities as a chef. It wasn't confidence that was unfounded. This was a clever combination that just worked, the pear shavings providing a touch of freshness and sweetness - the perfect counterbalance to the onion. There was a good sauce to tie everything together too, but the truffle was not the strongest, and didn't add much. 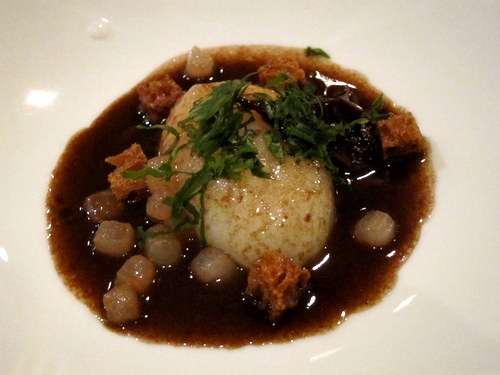 My third starter, Duck's egg "Meurette", was even better than the two that had come before it. Rich, hearty and full of flavour, it was a perfect winter's dish, especially ideal on a night that was, easily, the coldest of the year. 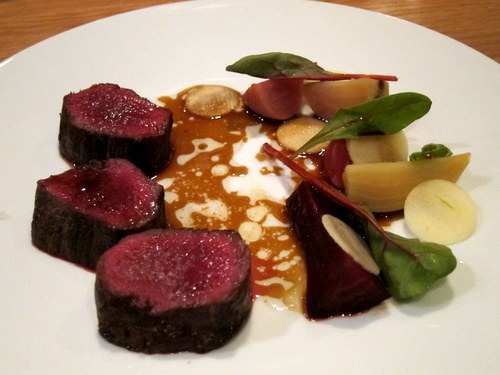 Onto the main course, and I opted for the Roasted Sika deer, beetroots, apple, deer juice. The deer was a nice change from the usual meats so commonly trotted out at restaurants but the star of the dish, quite surprisingly, especially for me, were the beetroots and apple which were sweet and imbued with a beautiful smoky flavour. I, ordinarily, have quite the distaste for beetroot, but not on this occasion. Another main course of Roasted Shetland lamb, smoked mash potatoes, wood sorrel, which I had a taste of, was reasonable too, though I found the lamb a bit chewy for my liking. Again, however, the star of the dish was not the meat, but rather the accompaniments, in this instance a glorious mash potato so smooth and creamy it was less of a mash and more of a potato cream or foam. Call it what you want, it was superb. A third main course, Pan fried wild Dorset seabass, spiky artichoke, pomegranate, which I did not try, was apparently rather poor, striking the only sour note in an otherwise very pleasing meal. 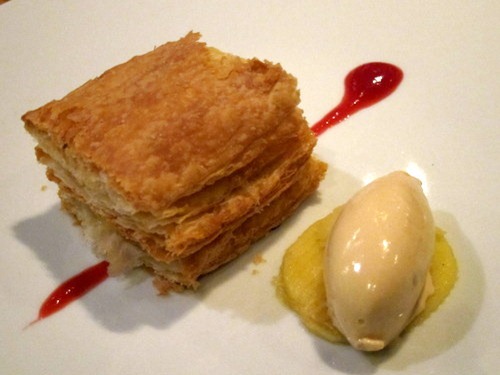 Our party of four ended up with just two varieties of dessert. The Apple Millefeuille, caramel ice cream boasted a delightful, light and flaky pastry, and was complimented well by the ice cream which, especially praiseworthy for anything featuring caramel, was not too sweet. 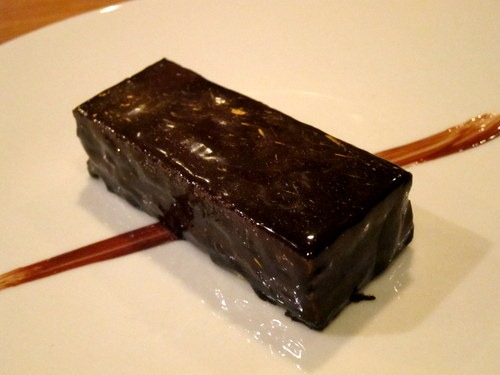 My dessert, Hedone's chocolate, was a gorgeous chocolate and hazelnut cake with a chewy praline base. It reminded me very much of the Golden Louis XV I had at Gauthier Soho almost exactly a year ago, but this pudding was just a touch on the lighter side, and probably the better for it.

In a nutshell...
Well, I dare say, Jonsson's decision to move from behind the computer screen, into the limelight running the pass at the open kitchen in his own Chiswick eatery, was, resoundingly, the right one. A chef of such talent would have been wasted just writing about food - that's a job best left to people with no cooking ability whatsoever, such as yours truly. But for the one blot on the copybook, the fish course, this would have been a meal with absolutely nothing to fault. Why, then, no top-rating for a meal that was, just about, flawless? Because, while all the dishes were of a good quality, not one was great. Nonetheless, for the consistently high standard of cooking, a Michelin star surely beckons...